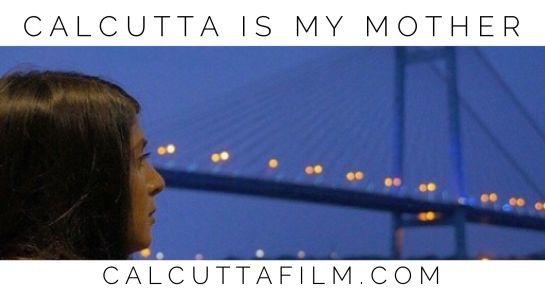 Calcutta is My Mother / An Adoption Story of Loss, Gain, and Identity

Adoption has been embedded into who I am as far back as I can remember. I’ve recounted my story too many times to track: Abandoned in a Calcutta slum, cared for in an orphanage for 3 months, and finally adopted to the United States where I grew up in a safe, loving home.
Pregnancy was the catalyst for my longing to reconnect to the heritage I lost. Motherhood has a way of sparking interest in the future and causing us to ponder our own beginnings. My (adoptive) mom answered questions about her pregnancy with my brother and told me everything about my life as an infant beginning when I was 3 months old. Although she provided a wealth of information, I was keenly aware of the information missing. I wondered about those first 3 months and the months prior as I grew in my Indian mother’s womb.
No one had answers for me. Blank space. Blank forms. Blank memories.
Growing up, I never felt misplaced in my own family. My experience was of profound bonding with my parents and brothers. However, because my family is white, I stood out; this provoked inquiries which inevitably led to the adoption conversation. It was uncomfortable to be pointed out in front of strangers. While my parents saw this as an opportunity to affirm my place in the family, it made me feel excluded more than anything; something I was never able to articulate as a child.
When Rubina was born, for the first time in my life I looked at and touched another person with whom I shared genetics. She was me, I was her. For mommas, meeting our babes is life altering, but for those of us disconnected from our biological family, there is an added layer of intensity. 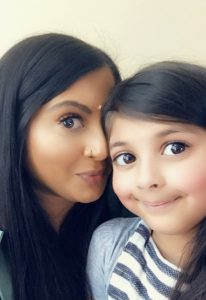 I fell in love motherhood; I love the way it reveals my strengths and weaknesses. I love that my daughter and I are bound by an untouchable, biological connection. I love watching her grow and seeing myself in her; in the way she squints when she’s deep in thought and rolls her eyes when she’s being feisty (she’s nearly 8 now and the eye roll is real).
When Rubina was 3 1/2 I was asked to be the Subject of a film documenting my first return to Calcutta.
The experience of filming Calcutta is My Mother, of returning to my homeland and immersing myself in her culture was overwhelming and emotionally taxing. What began as an attempt at cultural connection actually led me down a path on which everything I knew to be true unraveled.
The film recently premiered to a sold out audience in Portland, Oregon. I love the film. No, it isn’t easy seeing my double chin(s) on a movie theater screen or sharing some of my most intimate and devastating moments with an audience, but there is so much value in what was captured. I urge anyone who is adopted, is part of an adoptive or first family, or knows an adopted person (so, everyone) to see this documentary (everything you need to know about the Denver screening on April 13 at noon can be found at CalcuttaFilm.com).
Motherhood is the gateway to so much discovery into who we truly are, as women. Becoming Ruby’s mom helped me tap into the kind of Indian woman and mother I want to become.
Reshma McClintock is a transracial adoptee from Calcutta, India. She is a wife, mother, writer, speaker, and advocate for adopted people. After her experience as the Subject of Calcutta is My Mother, Reshma Founded Dear Adoption, a website highlighting the voices of adopted people and their work. She also Co-Founded Family Preservation365, an organization working to end unnecessary family separation. She and her family recently moved from Denver, CO to Seattle, WA.