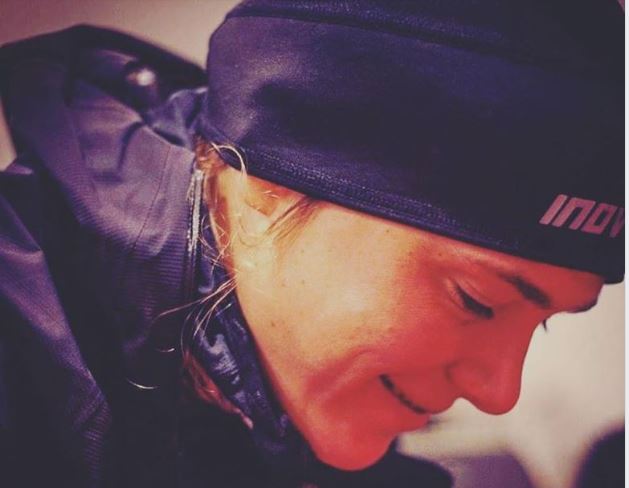 Jasmin Paris won Britain’s most brutal running race this week — a 268-mile winter mountain ultramarathon — all while the breastfeeding mom was expressing milk along the route! And, not only did the 35-year old small animal vet beat the entire field, she set a new Montane Spine course record by 12 hours, completing the race in 83 hours and 12 minutes. During the race, which covers 43,000 feet of climbing, Jasmin had to carry all of the supplies she needed, and navigate using a map, compass, and headlamp to follow the route that runs along the rugged Pennine Way from Edale in Derbyshire to the Scottish Borders. Jasmin says that her baby daughter, Rowan, helped inspire her to keep going when times got tough. “I did something crazy and entered a race I had vowed I would never, ever run,” she says. “Once I get to the finish, I’ll have my little girl there.”

Jasmin has set records as a runner before — in 2016 she broke two women’s records as she completed three of Britain’s most revered mountain running courses — but after she had Rowan, she found it hard to push herself to return to top running form. “Maybe as a consequence of contentment, my motivation to train took a definite nose-dive,” she wrote in a blog post. “I found it harder and harder to leave my bed for the cold darkness outside, and realised that I needed a new focus.” The Spine certainly provided her with a new challenge: in addition to the sheer length of the course, runners face 45 mile per hour winds and -4 degree Fahrenheit temperatures, as well as the pressure of knowing that there are no set rest breaks: if you stop to sleep, your competitors could still be running. In the four days that she ran, Jasmin only rested for seven hours — including time to eat, sleep, and pump.

Jasmin did many early-morning runs so that she could prepare for the race while still spending time with her family, but she also says that Rowan played a special role in some of her training: “We’re kind of an outdoorsy family,” she says. “Things like lots of long hikes with the baby and the rucksack are a good way of weight training.” The mental obstacles were harder than the physical conditioning: by the end of the race, Jasmin says she was hallucinating “animals appearing out of every rock.” She also remembers “I kept forgetting what I was doing and every so often I’d come to with a start and think ‘what am I doing here?’ and then I’d remember I’m walking the Pennine Way. I say walking, because by yesterday afternoon, there wasn’t much running going on any more.” Despite it all, though, she’s thrilled by her win — and she’s not ruling out doing it again. “Last night it was very much a no,” she admits. “Right now, it’s more of a maybe.”

Congratulations to Jasmin on her record-setting run!

For an inspiring book about 22 pioneering women runners, we highly recommend “First Ladies of Running: 22 Inspiring Profiles of the Rebels, Rule Breakers, and Visionaries Who Changed the Sport Forever,” at https://www.amightygirl.com/first-ladies-of-running

For books about girls and women who, like Jasmin Paris, demonstrate incredible determination to reach their goals, visit our “Perseverance” section at http://amgrl.co/2Anw5IT