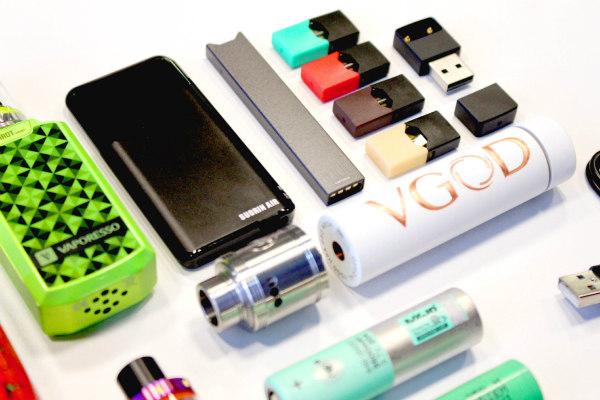 Vaping declared an epidemic among youth: How to talk to your kids

Small kids, small problems. My husband and I regularly reminded ourselves of this during the exhausting baby and toddler years. “There’s nothing they can do right now to permanently mess up their lives,” Jamie would joke.

News flash: The teen years are no joke.  Last month In December 2018, U.S. Surgeon General Jerome Adams issued an advisory about the the dangers of electronic cigarette use among U.S. teenagers.

“I am officially declaring e-cigarette use among youth an epidemic in the United States,” Adams said at a news conference. “Now is the time to take action. We need to protect our young people from all tobacco products, including e-cigarettes.”

The surgeon general’s advisory called on parents and teachers to educate themselves about the variety of e-cigarettes and to talk with children about their dangers so I sat down with mine. I began our conversation with an open-ended question: Tell me about vaping?

While traditional cigarettes have a negative stigma, vaping is seen as cool. My middle schooler shared that his peers are doing it everywhere–in the band room, bathrooms and even in the lunchroom and during class. Because the scent is not as potent as regular cigarettes, it is easier to hide, plus they are regularly talking about the great flavors. My high-school-aged daughter frequently has boys who instant-message her on Instagram with videos of them vaping…and teens are frequently posting Instagram stories and pictures of them in what looks like an “ethereal” cloud. “I think it’s pretty gross but some of their vaping pictures are really cool,” my daughter admitted.

There is nothing cool about this statistic: Colorado youth are vaping nicotine at twice the national average and at the highest rate of 37 states surveyed, according to the U.S. Centers for Disease Control and Prevention. Here are some helpful tips for talking to your kids.

Educate yourself before you have a chat.

My teens thought most kids who vape are just using harmless water vapor. Fact: Most vapes contain nicotine. Many even say “nicotine free” on the label. Some more facts:

When you’re ready to talk, make sure you start by listening.

Tobacco Free Colorado shares some helpful advice on how to make kids feel heard. The most important thing is that your child feels safe talking openly. Consider their opinions and keep the conversation going. Even if you’ve talked about this topic before, their thoughts can change. Plus, as youth get older, they can feel more pressure from friends and classmates.

How can I tell if my child is vaping?

That’s part of the problem – it can be very hard to tell if a teen is vaping. Not only do manufacturers make discreet devices that resemble flash drives, highlighters and more, but they also do not have the same strong odor like cigarettes that is often a giveaway for parents and teachers. Vaping is so discreet, in fact, that students have been known to vape during class. Read this fact sheet for helpful tips on how to really talk, listen and be patient. 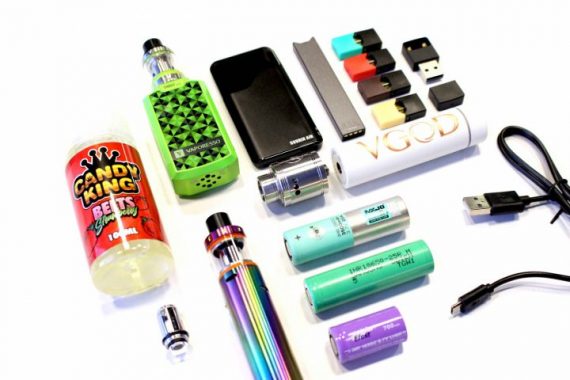 If you don’t think they’re vaping, now is the time to start the conversation (before there’s a problem).

When you see someone vaping on TV, or if it comes up in conversation, or even if a friend or family member vapes, it can make starting the conversation easier. Ask them how they feel about it and let them guide your discussion.

The first time my daughter saw vaping in public was when we were on a zipline tour and one of the 20-something participants would vape every time there was a wait. I took it as a learning opportunity as we later discussed about how his addiction level had to be pretty high if he couldn’t go a couple of hours in the gorgeous, clean air without vaping. Plus, it put a damper on our outdoor experience.

Make family, school and sports team rules clear and stick to them. Let them know what will happen if they don’t follow them.

Encourage them to make choices that help them achieve their goals.

Remind Them What Can Happen For Breaking the Rules

Teens that break school or school activity rules can be suspended or kicked off a team.

Remind Them They’re Role Models to Other Youth

Let them know that younger students and siblings look up to them as examples. How would they feel if a younger sibling got addicted to vaping?

Not Everyone Is Doing It

It is easier for youth to say “no” to peer pressure if they know not everyone is doing it. Let them know that more than half of high school and middle school students have never vaped, so they’re in good company.

Here is my biggest takeaway from talking to my kids: Don’t assume they think vaping is bad. I was surprised by just how misinformed my kids were about the facts. But then I realized their main information source was their peers at school, and  it instilled within me a sense of urgency to educate myself first, and then them. Their lives may depend upon it. 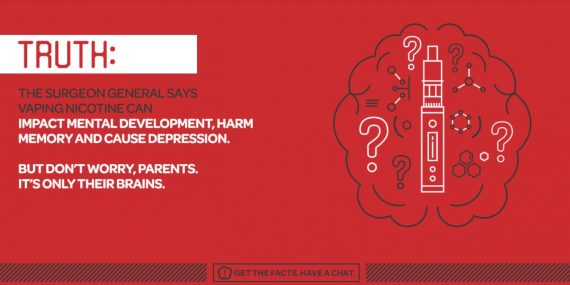 Get the facts, start the conversation:

2.      FAQs for Parents and Adults Who Work with Youth

This post is in partnership with Colorado Department of Health and Environment, but opinions are my own.