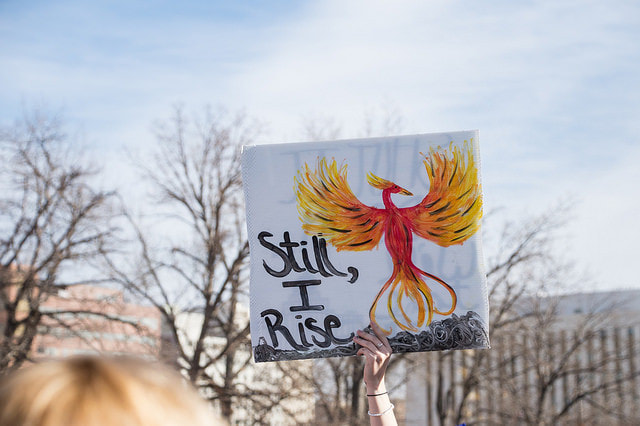 WOMXN’s March on Denver 2019: What you need to know

The day after the 2016 election was memorable for many women in the world, but here in Colorado, it was especially meaningful for three community members.  Karen Hinkel, Cheetah McClellan, and Jessica Rogers had begun organizing a Women’s March independently and were put in touch with each other via the Women’s March on Washington – Colorado.  They joined forces roughly ten days after the 2016 election to begin planning the January 21st, 2017 Women’s March. With marches held on every continent around the world, the 2017 Women’s March was the largest global event in history.

Denver hosted approximately 180,000 marchers that year. Denver marchers came together from all over the Centennial state, as well as surrounding states such as Wyoming and Utah. Additionally, several other marches were hosted across Colorado by local community members. This year will be no different.

The 2019 WOMXN’s March on Denver will be on Saturday, January 19th, 2019, congregating at Civic Center Park with the following schedule: 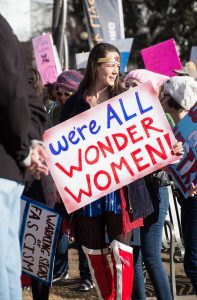 Pre-Rally – 9:00am
THEME: LISTEN to those that have been silenced.
Speakers and artists will be on stage in Civic Center Park.

The march begins! – 10:30am
THEME: UNITE Under the Banner of Anti-Oppression.
Due to crowd size, not everyone may actually start marching at the same time; this is just the beginning.

Post-Rally – 11:45am
THEME: ACT with Intention.
Speakers and artists will be on stage in Civic Center Park.

March organizers say they need the support of people from all walks of life to make a big impact. Men are absolutely welcome and encouraged to join in. Children are welcome, too. This is a family-friendly event. Well-behaved dogs on leashes are also welcome.​

While their alignment is with their sister marches that share the namesake of March On, organizers decided to change the name to Womxn’s March Denver, recognizing the importance of inclusion of all people experiencing sexism by using the “x” in the spelling of Womxn. ​As we move toward 2020, they are passionately working on creating more opportunities for future leaders and volunteers to join us in highlighting the work that is being done in our communities.