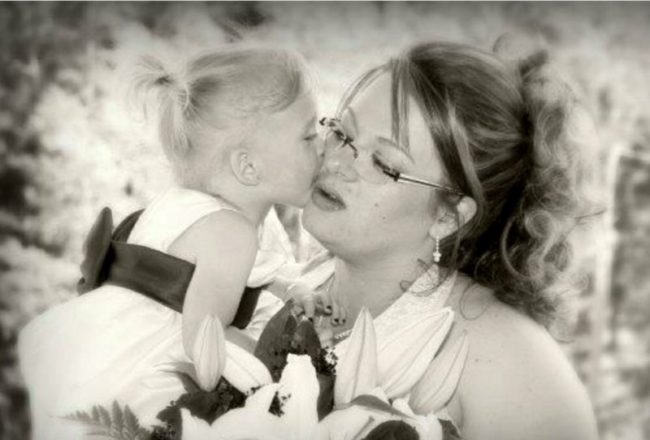 My Nightingale Baby: Living with MS as a single mom

Finding out you are going to be a mom in the same month you are diagnosed with multiple sclerosis is one sure way to begin a crazy adventure, to say the least. Emotions for me at that time were so night and day that it was very hard at first. A roller-coaster for sure. I was excited, the thought of being a mama, a baby of my own, wow!  Then I would immediately get emotional, what if I bring a baby into this world and it ends up with my newly declared disease.

My pregnancy was honestly one of the roughest things I have ever been through. Most moms would agree, pregnancy is rough in some ways, mine however was rough on me in every way. The first time I went into pre-term labor, I was twenty weeks. I was rushed to Denver to have an emergency cerclage placed so that I could have the possibility of carrying my baby to term. The second time was at thirty-two weeks. I was hospitalized, strict bed restrictions and a lot of minutes praying my baby would survive. At thirty-four weeks, I delivered a beautiful, tiny baby girl, that would forever change my world. Fifteen days in the NICU, we brought her home!

My entire pregnancy required a ton of doctors, nurses, hospitals, tests, poking, and prodding that I decided against seeking medical treatment for my disease. My multiple sclerosis stayed on the backburner but made sure I knew at all times it was there.

My relapses started getting worse and I had become a prisoner in my home because of my disease. I was averaging about four relapses a year. Each relapse was at a minimum of one to two weeks downtime. Any married or single mama knows that there are no sick days when you have a family. For me to continually be down twenty-eight to fifty-six days a year and feeling awful the days in-between, my disease was controlling my life, taking me away from being a better parent to my child. I had to make a change.

I began seeking treatment in early 2016. I tried one medicine and was responding to the treatment but not as well as we had hoped. So, in November of 2017, I began my-life changing journey with my new medicine, Ocrevus.  After my first treatment, I immediately noticed a difference. I could move, I had energy. I wasn’t battling my MS symptoms. I was beginning to feel like me again. After two months post-initial treatments, my daughter had asked me to do some sort of a physical activity with her. Prior years I couldn’t do these activities because my body hurt so bad, but now, my excuse was no longer hurting, it was my weight. I got mad, mad at myself.

I let myself get so heavy over the years because of my disease that I was morbidly obese. I found myself unhealthy and not able to interact with my child, so I was determined to make lifestyle changes for myself. I cut out a lot of sugars, all forms of caffeine, and started moving.

When I first started my journey, I couldn’t walk through the local Walmart. My MS and my weight had my legs so sore that I couldn’t make an entire trip through the store. If I was going to get into shape, I would have to figure out how to do it some other way. Walking and running were not going to be options for me. I was explaining my issues to one of my employees, and his suggestion was to ride a bike. Hmm, a bike… there is an idea.

So I kicked the idea around for a few months and in May, he found me a beach cruiser. Nothing extreme, mild riding, some place to start right? My daughter and I began riding every night. Every night it became more of an addiction. We were having so much fun and I could move my legs! Since May I have lost a total of eighty-five pounds and can walk through Walmart, two and three times in a visit with no issues.

Here lately, I have been able to keep up with my very ambitious eight-year-old, both physically and mentally. For the first time in a long time, I love life.

I am a full-time single mama, I am employed full time and am a district manager to which I run two stores and a warehouse. My life is crazy, busy, and absolutely wonderful. I have multiple sclerosis, but my multiple sclerosis no longer has me.

Multiple sclerosis (MS) is an incurable, chronic disease that will lead to some level of disability in most people. MS includes physical, cognitive and emotional symptoms that can affect nearly every part of the body and can change over time. People are often diagnosed with MS in the prime of life (20s-40s), when they may be building their careers or planning for a family. According to the National Multiple Sclerosis Society, it is estimated that nearly 1 million people are living with MS in the United States.