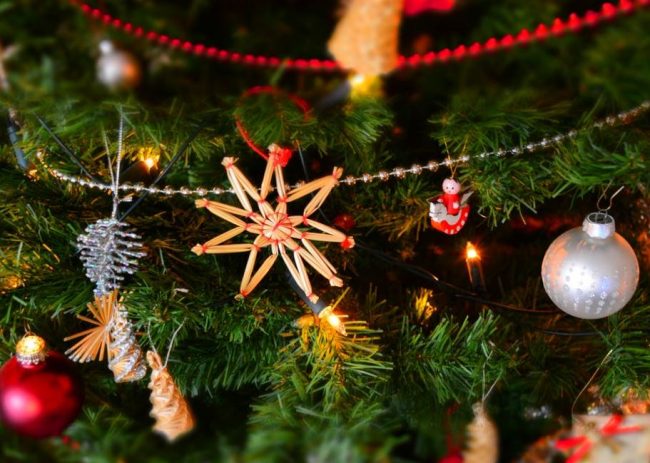 Take THAT, Dead Husband: Decorating my House for Christmas

In some ways, Christmas is the one time of the year that I embrace my widowhood.

I know that sounds a little heartless, but hear me out before you make that judgment.

It has nothing to do with how much I miss my husband – that’s something I can’t even put into words. And every year, I go through the usual heartbreak that most people my situation do: I stare at the empty chair my husband used to occupy for Christmas dinner. I apologize to my dad because he is now the person forced to wrestle my tree into the stand. I grit my teeth while shopping for the electronics my kids have on their Christmas lists that I don’t understand and will never fully know how to operate.

I’m a single parent. And I have to do it all.

On the other hand…I’m a single parent. And I get to do it all.

You see, Christmas was the one time of the year that put a spotlight on the differences between my husband and me. It began our first holiday season as a newly married couple that we weren’t able to spend with either one of our families because Brad’s military job wouldn’t allow him to go on leave. So there we were, in the sunny heart of Florida (when both of us would have preferred to be someplace snowy), arguing about every little detail of our décor.

“I want blinking lights on the tree,” he said.

“Are you kidding? White lights! No blinking!” I answered.

I don’t know if we were the first couple to come close to filing for divorce in the middle of a mall Christmas store, but I’d like to think that other couples have come close to it while trying to decide on a tree skirt.

The first Christmas after he died…well…I went a little crazy because I was finally getting my way. In fact, I think I almost did it to spite him as if to say, “Well, if you’re going to have the nerve to go and die on me…watch this!”

Of course, it would have been more fun if he had actually been here to be annoyed with me.

In the years since he’s been gone, I’ve often run different scenarios through my mind, wondering how he would have dealt with them if the situation had been reversed. Like, how he would have handled my daughter getting her first period as a single dad (that little daydream had me laughing out loud), the daily drama the kids bring home from school, and if my children would be surviving on a diet that consisted solely of Hamburger Helper.

And this holiday season, I couldn’t help but picture what my house would look like if he had been left here to decorate on his own.

The tree would be covered in enough tinsel to clog an industrial vacuum – that’s a given.

Our yard would have every possible inflatable figure on the market (including the one of Santa coming out of the outhouse) not just for esthetics, but so that he could truly test the capacity of the electrical system on our house. IREA would be handing out extra bonuses to their employees and our neighbors would have to shut their blinds at sunset.

The entire inside of my house would be one blinking, spinning, singing mass of Christmas spirit that wouldn’t be dismantled until after Valentine’s Day because he wouldn’t have some woman here nagging him to do it.

The Hamburger Helper would come with a side of cranberry sauce on December 25th.

I pictured all of this as I added another strand of white lights to my Christmas tree this year and smiled when I thought of my husband having things his way, just as I was somewhat enjoying putting things together to my own taste. I wondered, if the situation were reversed, if he would look in the boxes of Christmas decorations and put the angel on the top of the tree that I fought so hard for that first Christmas together.

And chuckled as I reached for the strand of old tinsel at the bottom of the box.

Catherine Tidd is the author of CONFESSIONS OF A MEDIOCRE WIDOW.  She is a mother who always tries to find humor in distressing situations and continues to write so that she can keep telling her kids that she’s busy and they need to get their own snacks.  Find her on Facebook.