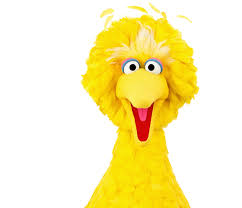 After five decades as the heart and soul of Big Bird and Oscar the Grouch, Caroll Spinney is stepping down from the roles he has performed on Sesame Street since its 1969 premiere. It’s impossible to entirely separate the man from the characters he so vibrantly brought to life. Big Bird visited China with Bob Hope in 1979. He’s danced with the Rockettes, and with prima ballerina Cynthia Gregory. He’s been feted with a star on the Hollywood Walk of Fame, celebrated with his likeness on a U.S. postage stamp, and named a “Living Legend” in 2000 by the Library of Congress. Performing Big Bird has taken Caroll to China, Japan, Australia, France, Germany, Canada, and the United Kingdom. He has performed on hundreds of episodes of television, starred as his big yellow avatar in the feature film Follow That Bird, and conducted symphony orchestras throughout the United States, Australia, and Canada. Spinney even met his wife of 45 years, Debra, on the Sesame Street set in 1973.

In addition to his virtuosic puppeteering, Spinney is also an accomplished author and visual artist. He co-authored and illustrated his autobiography, The Wisdom of Big Bird. He holds four honorary doctorates, and is a passionate lecturer. He holds a Lifetime Achievement Emmy Award, six Emmys, two Gold Records and two Grammy honors. He is the 2003 recipient of the “Legacy for Children Award,” and The Christopher’s James Keller Award in 2004. His life and career have been documented in the widely-acclaimed 2014 film, I Am Big Bird.

An indelible part of the Sesame Street family, Spinney is pleased that his iconic roles will be carried on by puppeteers he mentored for more than 20 years. Going forward, the role of Big Bird will be performed by Matt Vogel, and Oscar the Grouch will be performed by Eric Jacobson.