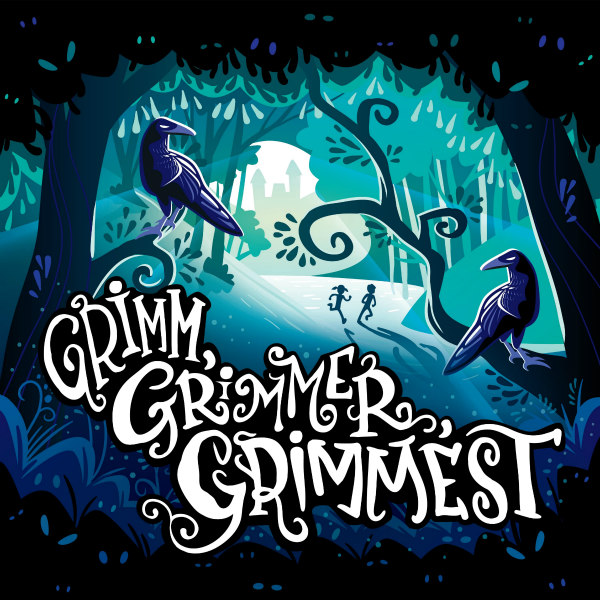 Halloween will never be the same again thanks to Pinna–the premiere screen-free, ad-free audio entertainment app for kids–and Adam Gidwitz, Newbery Honor winner and best-selling author of A Tale Dark and Grimm. Grimm, Grimmer, Grimmest, a funny, spooky, original podcast series for kids–based on the Grimm fairy tales–premieres for FREE on October 21st on the Apple Podcast App.

Every episode of Grimm, Grimmer, Grimmest features a Grimm fairy tale retold with a fresh and surprising twist. Featuring curious creatures and mischievous foes, each story is punctuated by hilarious commentary from a classroom of kids who question their way through these creepy tales. Starting October 21st, the ten-episode series will roll out one new show each day leading up to Halloween—during which time the series will be free to listeners via the Apple Podcast App.

“Inspired by the spooky, absurd, and beloved Grimm fairy tales, Grimm, Grimmer, Grimmest, adds a whole new twist to these classic favorites just in time for Halloween,“ said Maggie McGuire, Chief Executive Officer of Pinna. “This podcast series is the perfect entertainment alternative to screen time for kids whether listening at home, on the go, in cars, or in classrooms nationwide. And, it activates kids’ imaginations and instigates fantastic, fun conversation, which is at the heart of every Pinna show.”

“These tales are the heart of our oral tradition, passed down for centuries before they were written down by the Brothers Grimm. And, Grimm, Grimmer, Grimmest is the rejuvenation of that oral tradition,” says Adam Gidwitz, author and co-creator of the series. “I have traveled the country telling these tales to thousands of children, eliciting squeals of laughter and shrieks of fear in about equal measure. Now all kids, families, and classrooms can participate in the excitement.”

Below are summaries of two episodes from this season.

The classic tale, as you’ve never heard it before. When a miller promises the king that his daughter can spin straw into gold—over her strenuous objections—the miller’s daughter is forced to enter a sinister bargain with a magical little man.

On a scale of Grimm, Grimmer, and Grimmest, this episode is Grimmer—it’s creepy, but not terrifying.

A half-boy, half-hedgehog sets out into the world in search of a best friend. Along the way he runs into some trouble, but it’s nothing Hans, his pet rooster, his bagpipes, and an army of pigs can’t solve!

On a scale of Grimm, Grimmer, and Grimmest, this episode is Grimmer—it is very strange!