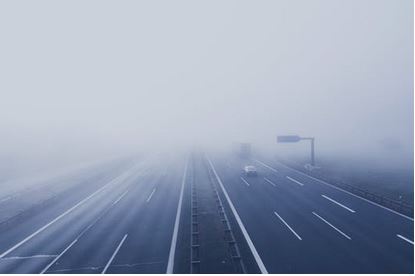 A letter to my OCD

A letter to my OCD,

You changed me, you took me prisoner in my own body. You were power hungry, and I was powerless. You affected me from the age of 8 on; you would come and go when you pleased. You started off invasive but  tolerable; then as you came back, each time you stayed longer and longer, becoming more and more invasive – you were the epitome of an unwanted guest.

I write this at age 22, just about a year after I checked myself into the emergency room and was admitted into the psychiatric ward. Last year you took everything I had: my health, my happiness and the things that made me, me. I constantly questioned everything I had ever done, and everything I was presently doing.

You took away simple things like driving down the street because every time I hit a bump I thought I had run someone over. I would give into your command and turn around and go back to the bump, then I would do it again, and again, and again. I would get out and search for bodies on the side of the road. As I walked up and down the road looking, I’d cry, knowing that I’d given into you again.

You made me late countless times, and I hate being late. I couldn’t leave my house without checking all the appliances, over and over. I couldn’t sleep at night because I felt as though we were all in danger, so I checked everything in the house, making sure there was nothing that could potentially cause harm. I would barely sleep because of you; I was checking everything several times a night.

You convinced me that I had hurt someone, somewhere, doing something. I didn’t know any of the details and yet you made me sick, thinking I was a danger to society and to my loved ones. I woke up day after day with a pit in my stomach and tears in my eyes because of you, because you put these thoughts in my head I couldn’t shake.

The worst part is I know you so well. I have beaten you before, several times actually. But this past time you came with a vengeance. You battled me from the moment I woke up till the moment I fell asleep. And I lost every single battle, every day, every hour. After so many months of losing to you, I decided I was going to get help: I got a therapist. But even still you seemed to beat me.

It was the first week of my senior year in college, and I spent it at home because I was so afraid of myself that I felt I couldn’t go anywhere or do anything. I had lost 15 pounds by then because not only had you beaten me up mentally, but now you were affecting me physically, too.

I sat in my living room, and I watched as my parents broke down, as my boyfriend stepped out of the room to catch his breath and wipe his tears, as my sister sank to her knees and cried at my feet, all because they had never seen me so ill. They felt helpless too.

I called my best friend, who is one of the few who can calm me down. I asked her, “They all want me to go to the hospital, what do I do?” She told me that the decision was up to me, but going to the hospital would help me.

As I sat there on the phone, a million things raced through my head. The loudest thought was the fact that in the hospital, I would be alone, without the support of those who made me feel less sick.

I decided to face my fears of going to the ER because I was less afraid of that then I was of myself and of you.

In the emergency room I was eventually spoken to by a crisis worker. I told her the full extent of my OCD, I told her about you. She then looked at my mother and said “She has the worst case of OCD I have ever seen.” Do you hear that? You are the most powerful she’s seen.

I was transported to a psychiatric wing, where I would stay for the next nine days. While in the hospital, I experienced a lot, some good, some not so good. I walked out of the hospital a healthier person.

I have since kicked you to the curb. You no longer control me. I am grateful you chose to antagonize me because it made me stronger.

Now when you creep in, I destroy you. The roles have reversed, and I win every battle.

September is National Suicide Prevention Awareness Month—a time to share resources and stories in an effort to shed light on this highly taboo and stigmatized topic. We use this month to reach out to those affected by suicide, raise awareness and connect individuals with suicidal ideation to treatment services. It is also important to ensure that individuals, friends and families have access to the resources they need to discuss suicide prevention. NAMI is here to help.