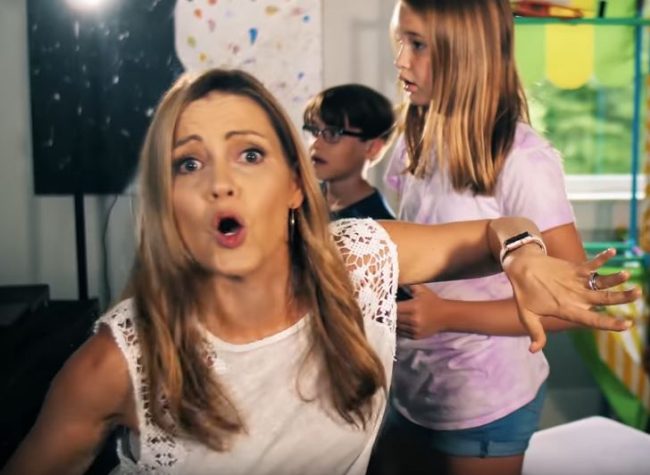 Humor: Time to put away Fortnite for school!

Are you ready for your kids’ Fortnite addiction to end?

The Holderness family took a hilarious route with their frustrations by parodying the Black Eyed Pea’s pump-up song “I Got a Feeling” in a now-viral video. Of course, they swapped out some of the words to poke fun at their Fortnite–addicted offspring.

In typical Holderness family fashion, the song is really catchy and any parent who has had to turn off the game on their kids after hours of playing can totally relate. The parents touch on how all-encompassing the game can be, describing the “ring of junk food around the rug” that magically appears and the fact that their kids become so engrossed in winning that they only take “seven steps” in a day. But the kicker? In all his efforts, Penn ends up becoming addicted to the game himself by the end of the video.

Maybe we all need a dose of reality with back-to-school.