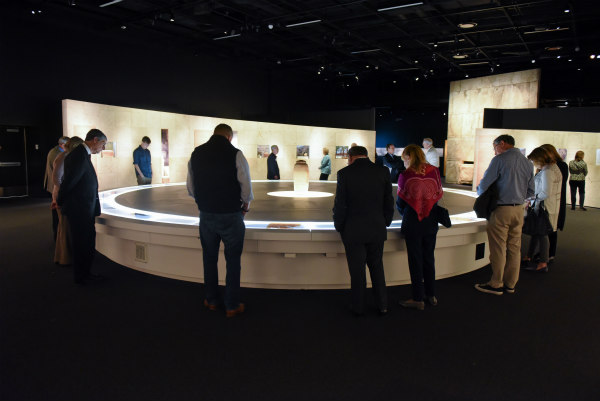 Ten different Dead Sea Scrolls will come to Denver in early June to replace those currently on display in the “Dead Sea Scrolls” exhibition at the Denver Museum of Nature & Science. The second set of authentic scroll fragments will be displayed until the exhibition closes on Sept. 3.

Due to strict preservation requirements, the second set of 10 scrolls will replace the 10 initial scrolls. Conservators from the Israel Antiquities Authority will switch out the scrolls over the course of several nights while the Museum is closed. There will always be an assortment of 10 scrolls on display during the public hours for the exhibition. As with the first set of scrolls, the second rotation includes a scroll that has never before been on public display.

This is the second set of scrolls:

The Dead Sea Scrolls represent one of the most significant archaeological discoveries of the 20th century. As the story goes, in 1947 young Bedouin goatherders happened upon a cave along the shore of the Dead Sea, near the site of the ancient site of Qumran, perhaps in search of a stray goat. Whatever the reason, they made a remarkable discovery. They found an assortment of clay jars, inside of which were scrolls wrapped in linen. Eventually, more than 900 remarkably preserved scrolls were recovered, leading to decades of extraordinary scrutiny, preservation, debate and awe, providing an incredible window to the past.