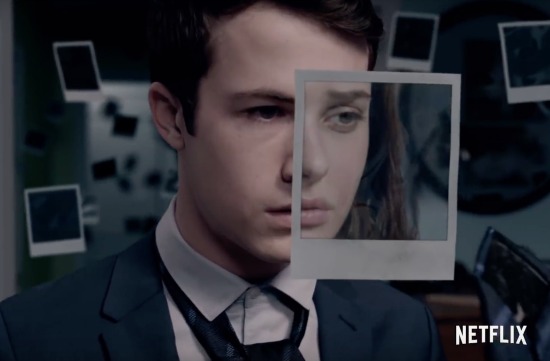 How to prepare for “13 Reasons Why” Season 2

The second season of Netflix’s controversial show “13 Reasons Why” airs Friday, May 18. When the show premiered last March, the first season’s handling of heavy subject matter around sexual assault, depression, and suicide really upset parents (including me), principals, school counselors, youth and many others.

With the second season, Netflix is offering some resources to help parents take control of the subject matter head-on. They now offer a parental control for individual movies and series in the form of a PIN number. You will be able to assign a unique code for specific films and shows, which includes both seasons of “13 Reasons Why.” When you set the code in the account section of your Netflix account, your child will not be able to access any episodes in the series without this code. I just tried it and it is easy to do. I’m happy Netflix is offering a tangible way for parents to invest in what their kids are watching.

Whenever we try to stop our children from doing something, it is important that we tell them why—after all, they can easily see things at friends’ homes or elsewhere. It is key that they have your words in their brains as they watch things. (But I must confess, sometimes I feel like I have explained my why to my kids but in fact have failed to do so. Instead, I had an internal conversation with myself about all the “why’s” but did not really share my why’s with them. Can you relate?). The more we convey our concerns based on our family values and on science, in a calm, non-judgemental tone, the more effective we can be.

Here is one essential thing that I want every parent to know. When we bring up hard topics with our kids and teens, even if you muddle your way through them, you are giving them direct evidence that you can handle challenging subjects. The result then is that they are more likely to come to you in the future when they face challenges. If we don’t bring up issues related to all sorts of topics that come up in sexual lives, relationships in general, mental health, etc., then our kids are much more likely to look for answers on the internet or from peers—or no one at all—rather than sharing their concerns with us.

So what to tell our kids about shows such as “13 Reasons Why”? Here are a few things I have told my children about the series:

If your kids are going to watch the series, talking about the issues ahead of time is ideal. To be proactive, Netflix has created a discussion guide to accompany the first season and they have indicated they will release another guide to accompany the second season as well. Netflix has also created a short video featuring the actors out of character talking about the show’s heavy themes including: spotting signs of depression, talking to your kid about the show, understanding consent, talking to someone about alcohol and drug abuse, the many forms of bullying, and taking the signs of potential harm very seriously.

We can try to ban our younger kids from watching the show, but the subject matter is still out there, online or in conversations with friends at school. It is important to include our kids in these conversations in an age-appropriate way so they will know what to do if they or someone they know is affected.

Here are some questions to get you started:

For more discussion ideas, you can peruse past Tech Talk Tuesdays. If you are interested in seeing Screenagers, you can find event listings on our site and find out how to host a screening.