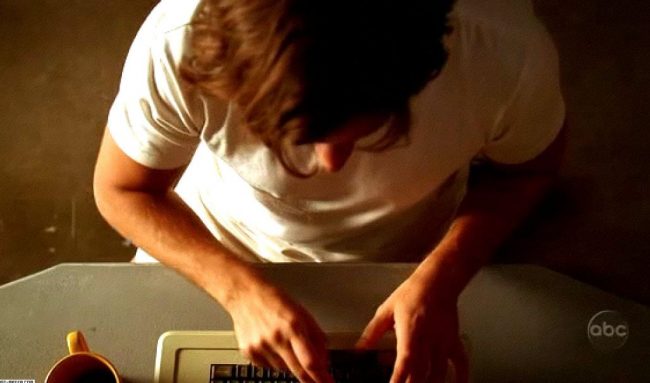 How Strep (and Being LOST) Helped Me Save Mankind

Not all Facebook memories are created equally but this one from seven years ago resonated with me because my friend’s family has down-and-out with Strep throat. If you’ve been there, you know.

The end is near.

At least the light at the end of my of my strep-induced vow of silence, not the other “end” (though I felt close a few times last weekend).

I’ve had strep many times but nothing like this latest bout, which I deemed STREPZILLA. I was rendered unable to speak or eat due to the agonizing pain.

On the plus side, I dropped five pounds.

I stayed home from church on Sunday and went to the Urgent Care where they loaded me up with antibiotics and sub-par painkillers. I say sub-par because Jamie doped me up with Percocet the night prior and that was the only thing that came close to depleting the pain.

It also gave me a killer buzz that kept me up all night.

Jamie helped out a lot over the weekend but I knew he would be back to work as usual on Monday (Bode’s day off). The little dude has been a great sport coping with his deadbeat mother but I asked my friend Eva to watch him so he could have some social interaction with people who don’t use perturbing charades to communicate.

The toughest part about this latest illness has been lack of sleep. I was up most of my first night due to pain. The second night, because of the Aforementioned Buzz. By the third night, I was loopy and desperately needed to sleep. But I had a challenge even greater than pain and buzzes: phlegm.

If you’ve never had strep, there is a lot of accompanying phlegm due to the infection. This is where strep is the root of all evil: your throat is so sore you can’t swallow so I was reduced to carrying around a “spit glass” with me at all times.

It’s no wonder everyone treated me like a leper except for Fat Kitty who has an appreciation for spit and bathes himself daily in it.

To stay entertained on Sunday evening, we watched a few episodes from the first season of LOST. If you’re not familiar with the show, Flight 815 crashed on an island and the survivors have many inexplicable and mysterious encounters. In the second season one of the characters (Desmond) spends three years inside of a Hatch inputting numbers into a computer every 108 minutes to prevent the world from being destroyed.

That night as I went to bed, I was almost delirious from lack of sleep. Every time I’d start to nod off, phlegm would well up in my mouth and I needed to spit it out. In my frenzied state, my dreams transcended reality. I became Desmond but instead of inputting numbers, I had the imperative responsibility of spitting every 15 minutes or the entire earth would be subjected to a catastrophic electro-magnetic explosion.

You heard it here people: My phlegm is single-handedly responsible for saving the world.