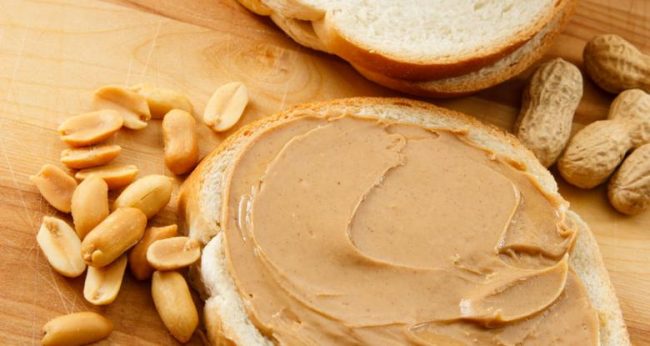 At the beginning of 2017, parents and pediatricians got new peanut guidelines that, for most kids, are very pro-peanut. My colleague and fellow mom Meghan Rosen wrote about the recommendations, issued from the National Institute of Allergy and Infectious Diseases.

This “let them eat nuts” advice is based in part on a large and unusually clear dataset from a study that looked at babies at high risk of developing an allergy to peanuts. In the study, some of the children were regularly fed peanut-containing foods until their fifth birthdays. The others avoided any food with peanuts. By the end of the study, the kids who regularly ate peanut-containing food were way less likely to have a peanut allergy than the kids who had avoided the nut, the researchers found.

In a nutshell, parents of low-risk babies (infants without an egg allergy or severe eczema) should feel free to put peanut-containing food in the rotation as soon as their babies are ready for solid foods, around 4 to 6 months of age.

Whole peanuts and peanut butter are both choking hazards and shouldn’t be fed to babies. Instead, peanut butter (or peanut flour or peanut butter powder) can be mixed into breast milk, formula, fruit, yogurt or purees.

Babies with severe eczema or who are allergic to eggs ought to be seen by an allergist who can help guide the introduction of peanuts to the diet. Those appointments may reveal that some babies are in fact already allergic to peanuts. For those kids, peanuts may need to be avoided altogether.

When the recommendations were released, health officials were optimistic that the advice would lead to a reduction in peanut allergy in kids, given the study that found an early peanut introduction curbed this allergy. But that intro may not be happening as early or often as officials had hoped.

Bryce Hoffman, an allergist in New York City, suspected that the guidelines weren’t being used. Anecdotally, he and his colleagues hadn’t seen many infants coming into his allergy office with referrals for peanut allergy testing.

To get an idea of whether the guidelines were being applied (or not), Hoffman and his colleagues surveyed pediatricians about their advice to parents on peanuts. The results, which he presented October 30 at the annual meeting of the American College of Allergy, Asthma and Immunology, were discouraging.

This reluctance to test poses a problem for infants who “may have a dangerous anaphylactic reaction if given peanut,” Hoffman says. Testing can help clear up whether these infants should strictly avoid peanuts or be exposed to the nut first in an allergist’s office.

Peanuts got a bad rap for a long time, so it’s not surprising that parents and pediatricians might not jump at the chance to get peanut-containing food on the menu. The survey suggested that pediatricians aren’t familiar enough with the guidelines and, what’s more, are often too rushed to delve into the details during checkups. But for the new guidelines to do any good, they need to be used.

Science journalist and Growth Curve blogger Laura Sanders digs into the latest research about children and parents. She has a Ph.D. in molecular biology, and her 2012 series on consciousness and her 2013 article on the dearth of psychiatric drugs — as well as her writing on the Growth Curve blog — have received awards recognizing editorial excellence. As the mother of two young kids, she’s always on the lookout for data that can help parents find their footing — and joy — in the wilderness of raising children.