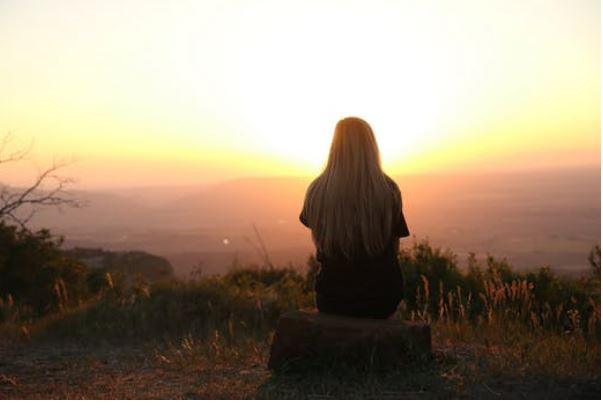 Single on Valentine’s Day: Is a Reservation for One Really So Bad?

I have a love/hate relationship with Valentine’s Day.

On the one hand, I can’t get enough chocolate.  When I was pregnant with my son (who was born on February 11th), my craving went into hyper drive and I went through several boxes of Hershey’s Pot of Gold.

I’m kind of surprised he didn’t come out covered in some sort of caramel with a nougat center.  And when he didn’t sleep for weeks after his birth, I wasn’t sure if it was due to the typical newborn nighttime-is-the-best-time-to-be-awake schedule or if he was all hopped up on sugar and trying to detox.

So, that’s the part of Valentine’s Day I like – the candy that I could buy any time of the year, but somehow seems more acceptable in the middle of February.  The part that I don’t like is the sympathetic head tilt and soft “oh, you poor thing” when I tell people that I’m single.

What most people don’t realize is that I’m fine with it.  Or I’ve learned to be fine with it and the fact that my late husband hated Valentine’s Day with a passion has certainly helped.  For the first couple of years as a single parent, I held a pity-party for one every February 14th but by the third year, I picked myself up, wiped the melted chocolate from my mouth and said, “Wait a minute.  He hated this day anyway and probably would have handed over those wilted roses with a frown.  So, why am I so upset?”

Like many men out there, my husband hated the idea that greeting card companies insisted that he give me flowers and chocolate just because of a random date on a calendar.

“It’s a racket!” He pronounced our first year of marriage (after he had duped me with wine and roses while we were dating).  “WHY do I have to do this just because Hallmark tells me to?  I should just be able to do it on my own time.  That’s what Valentine’s Day does!  It takes away the element of surprise!”

Well.  That may very well be true.  But a stronger point would have been made if he actually did surprise me on another random day.

While being single in my 40s was not something that was on my radar when we married in 1996, I’ve made peace with it.  As a new widow, I dated early mainly because I had a fear of being alone for the rest of my life.  But with time usually comes wisdom and I know I don’t have to be alone if I don’t want to be.  But for the first time in my life…I don’t mind that I am.

So, now I’m single – no roses and no disgruntled husband handing me the gigantic box of chocolates that I crave every year.  And while I miss my husband with all of my heart, I will still spend the evening with the people I love, my children, probably making heart-shaped pancakes for dinner and watching them rifle through the boxes of Valentine’s Day cards they received at school.

And for me, that’s not such a bad way to spend an evening.

When they go to bed, I will sit with the chocolate that I bought myself, a glass of wine that I alone picked out, and watch a chick flick that I love.  I will put on my comfy PJs, lounge on my couch, and probably answer the phone call of at least one friend who is annoyed with her husband for eating the enormous dinner she cooked for the occasion and then promptly sitting down on the couch to watch The Military Channel while she did all of the dishes.

And although she won’t be able to see me, my head will be at a sympathetic tilt while I say softly into the phone, “Oh, you poor thing.”

Catherine Tidd is a widow, mother, and the author of the book “Confessions of a Mediocre Widow.”