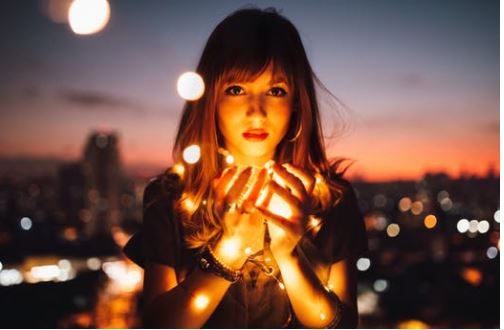 Mighty Girls in the News

After years of seeking out empowering and inspirational books, Carolyn Danckaert and Aaron Smith decided to create A Mighty Girl as a resource site to help others equally interested in supporting and celebrating girls. The site was founded on the belief that all children should have the opportunity to read books, play with toys, listen to music, and watch movies that offer positive messages about girls and honor their diverse capabilities.

Whenever I’m ever looking for inspiration in raising my strong-willed daughter, I turn to this awesome resource! I particularly love their news roundups of women making a difference in the world.

Original Rosie the Riveter Dies at 96. It took seven decades for Naomi Parker Fraley to have the photo of her taken at age 20 wearing her favorite red and white polka dot bandana identified as the inspiration for the iconic image of Rosie the Riveter. “I just wanted my own identity,” she said in 2016.

Rachael Denhollander Praised For Leadership in Bringing Sex Abuse Scandal to Light. The former gymnast, now attorney, was praised by Judge Rosemarie Aquilina and others for bringing a criminal complaint against Larry Nassar. You can read Rachael Denhollander’s powerful testimony on CNN, in which she asserts: “This is what it looks like when the adults in authority do not respond properly to disclosures of sexual assault.”

Huge Turnout Reported at 2018 Women’s Marches. Hundreds of Women’s Marches were held in the U.S. and around the world, with crowds surpassing last year’s turnout in several major cities. You can view over 1,000 photos from Women’s Marches worldwide in the comments of our Women’s March Facebook post. To connect with Women’s March groups now organizing a March on the Polls, check out the map at March On.

A Mighty Girl’s Interviews Brad Meltzer, Author of the Ordinary People Change the World Series. In our interview about the release of his 15th book in the series, I Am Harriet Tubman, the best-selling author shares what he hopes kids take away from his popular books.

Withholding Friendship as a Weapon in Children as Young as 2½. Relational aggression can appear in children at very young ages; experts offer advice on how parents and educators can counteract it starting with simple lessons in empathy.

The Scientist Turned Activist Who Helped Strip AIDS of Stigma. Dr. Mathilde Krim, who led efforts to strip AIDS of stigma amid the panic and prejudice of the epidemic’s earliest days, died this month at the age of 91. “She has likely literally saved hundreds of thousands if not millions of lives.”

16-Year-Old Polar Explorer Hits Back at Men Who Said She Belonged in the Kitchen. After Australian Jade Hameister’s record-setting descent to the South Pole, the Mighty Girl offerred a biting response to online trolls: “I made you a sandwich (ham & cheese), now ski 37 days and 600km to the South Pole and you can eat it xx.'”

New Zealand’s Prime Minister To Become Second Elected World Leader in History to Give Birth While In Office. Jacinda Ardern, the country’s third female prime minister, announced that she is expecting her first child in June. The only prior elected leader to give birth while in office was Pakistani Prime Minister Benazir Bhutto in 1990.