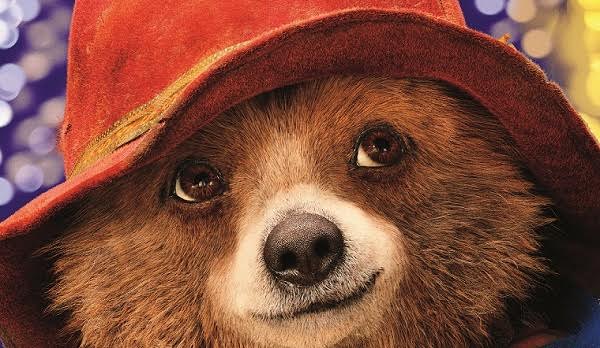 Is Paddington 2 a breath of fresh air, perfect for whisking away the January doldrums? Is marmalade sticky? In case you’ve never tried the sticky tangy sweet concoction, favorite of talking bears, the answer is decidedly yes.

Based on the wildly popular children’s book series, the Paddington movies bring the ever-innocent and well meaning young bear to brilliant, creative life. The Browns, Paddington’s adopted family, have settled into a comfortable co-existence with the shaggy little fellow. It’s a happy home made happier because of his sunny outlook, even if he is a bit clumsy, destructive, and takes advice a bit too literally.

Did you know a group of bears is called a “sleuth?” It only makes sense that the central story in Paddington 2 features a mystery driven by a puzzling book. Much like the first film, the Brown family finds themselves trying to save Paddington from the questionable situations — and people — he finds himself connected to through an outlandish chain of events.

One of the biggest bright spots of the film is Hugh Grant’s all-in portrayal of a fading London actor, Phoenix Buchanan. He’s a master of disguises who is after the same book Paddington wants. While Paddington wants to give it as a birthday gift to his dear Aunt Lucy, Phoenix Buchanan has suspicions that the book is key to a massive hidden treasure. When the book is stolen, fingers point squarely at the most innocent furry face in all of London.

Hugh Grant is pure joy to watch in this film. He never takes himself too seriously and seems to revel in poking fun at himself as a serious British actor. He doesn’t hold back and truly commits to being simultaneously clownish and devious. The Brown family cast remains the same, with steady, skeptical dad Henry Brown (Hugh Bonneville) and warm, quirky mom Sally Brown (Sally Hawkins) being the mama bear who risks much to save one of her own. Paddington 2 gives neighbors, friends, and cellmates a larger role. Yes, cellmates.

Even completely improbable sequences are well executed, including a high speed chase with a train, a plane, and perfect timing. It’s all part of the Paddington charm. He is always polite, always hopeful, always believing the best of everyone he encounters.