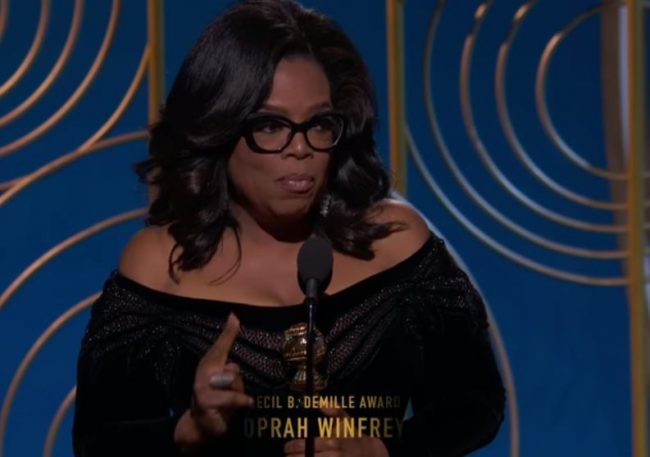 In Oprah Winfrey’s inspiring acceptance speech for the Cecil B. Demille Award at the 2018 Golden Globes, she condemned a “culture broken by brutally powerful men” and predicted the dawning of a new era spurred on by the #MeToo movement. Winfrey opened her jaw-dropping speech by flashing back to her hardscrabble childhood in 1964.

“I want all the girls watching here and now to know that a new day is on the horizon,” said the actress, producer and media mogul. “And when that new day finally dawns, it will be because of a lot of magnificent women .. and some pretty phenomenal men fighting hard to make sure that they become the leaders that take us to the time when nobody has to say ‘me too’ again.”