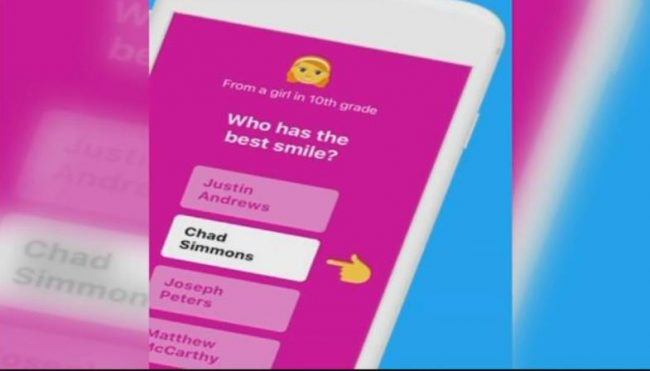 For additional Tech Talk Tuesday conversations, go to Screenager’s fantastic blog to help guide you through the teenage years.

The latest app to join the social networking roster, TBH (To Be Honest) is meant to share positive vibes. Users anonymously receive and can send superlatives, such as “Best person to get a cup of coffee with?” or “Who is most likely to keep in touch with friends after ten years? ”

The user, let’s call her Julie, downloads the app and gives TBH her grade and school. The app uses that info, along with her contact list, to push out invites to Julie’s friends to see if they will join her TBH friend list.

Julie will get a positive statement, such as “most likely to succeed,” and four names of people in her TBH list from which to choose. Let’s say she chooses, Sally. Later Sally will receive that compliment but will not see it is from Julie. In the same way, Julie will receive compliments from others anonymously.

Ranking people has been around long before social apps, but tech adds a major new dimension. These apps are especially concerning in our current societal trend of heightened individualism and competitiveness.

What is particularly interesting is not the widespread popularity of anonymous apps, but their lack of staying power. For example, my co-producer’s teenage daughter deleted it saying, “It’s the same question answered over and over again. With Instagram and others, you are looking at video and seeing new pictures and content all the time.”

She added that the anonymous feature didn’t work because in her group of friends there was only one boy who was playing, so you knew it was him. I have had other teens tell me the same thing.

Josh Constine writes in TechCrunch about the demise of YikYak and why he thinks anonymous apps don’t have staying power:

“The problem with anonymous apps is that over time they start to feel exhausting. The crude stories, played-out jokes stolen from Reddit and cringe-worthy bullying wear on people. While they might have a few juicy quips of their own to share, blowing off steam can eventually feel pointless. That’s why my Secret and Yik Yak usage dried up.”

Go to Tech Talk Tuesday for additional questions to ask your teens about anonymous apps.