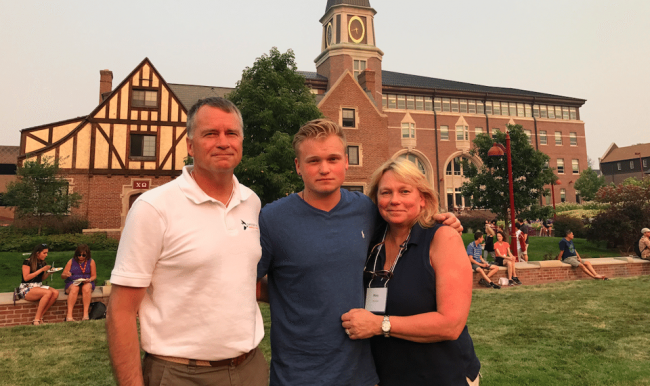 A Must-read: No Family Is Safe From This Epidemic

The last photograph of my son Jonathan was taken at the end of a new-student barbecue on the campus green at the University of Denver. It was one of those bittersweet transitional moments. We were feeling the combination of apprehension and optimism that every parent feels when dropping off a kid at college for the first time, which amplified by the fact that we were coming off a rocky 16 months with our son.

We had moved him into his dormitory room only that morning. I remember how sharp he looked in the outfit he had selected, and his eagerness to start class and make new friends. We were happy, relieved, and, knowing what we thought he had overcome, proud. At lunch, I asked Jonathan whether he thought he was ready for the coming school year. “Dad, I can handle it as long as I continue my recovery,” he said. “Everything flows from that.”

Only three days later, Jonathan was found unresponsive in his dormitory-room bed, one of several victims of a fentanyl-laden batch of heroin that had spread through the Denver area that week.

CLICK TO READ THE FULL STORY AT THE ATLANTIC