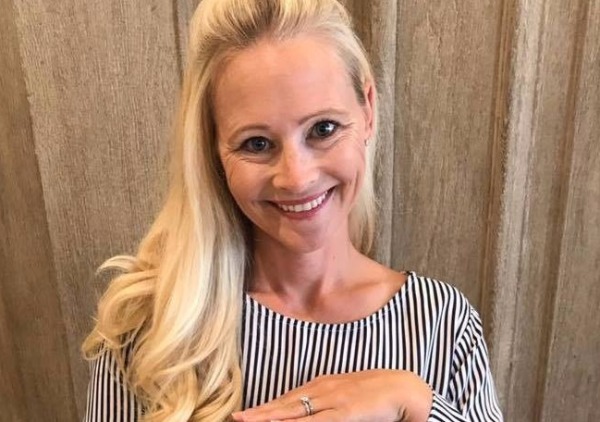 Guest blogger Erin is a Denver mom of three children and recently write about a book about bipolar disorder.

When I wrote All of the Rogers, it was an emotional experience for me. It wouldn’t have happened if my teenage boyfriend, Nick, hadn’t posted on social media about his struggle with mental health issues on April 20, 2014. Nick and I’d dated for a few months in high school (for a teenager, that feels like a lifetime – and now it feels like a lifetime ago), but we’d grown apart after graduation. We barely spoke until I joined Facebook. It was there I got to know him better as an adult. 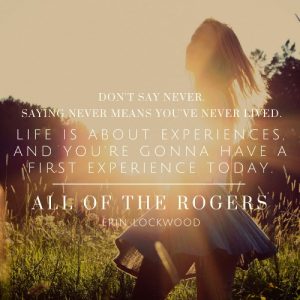 I want to thank him for being brave enough to post openly about his struggles. He expressed ups and downs with his medication and diagnosis. He felt, at times, he was misdiagnosed. His post raised concerns for me. I was worried about him, but I didn’t feel brave enough or feel as if our relationship was strong enough for me to say anything. It’s something I regret because, not much more than a month later, he died.

Not being close with his family, I never knew exactly why he was gone, but I had my guesses. I was only left with my imagination and assumptions, which led to research. For a writer, that can be very powerful. He was, without a doubt, my inspiration for All of the Rogers. At times, while writing, I even drew from personal experiences with him in high school. I brought myself back to being a teenager.

My hope was that my book accurately addressed the issue of early signs of bipolar disorder and how they too often go unnoticed or misdiagnosed. I wanted to address the dangers of misdiagnosis, wrong medications, and refusing medication. But, most of all, I wanted to share how subtle symptoms could seem to a young outsider. I wanted to show the mystery many survivors were left with after a loved one had passed–the puzzle piece left that sometimes didn’t seem to fit together. 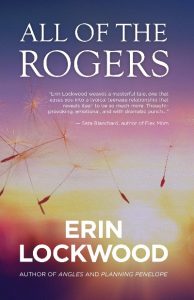 I had to put on so many hats while writing All of the Rogers, and “mom” was one of them. There are so many incredible characters and relationships in the book. But one thing I really wanted to touch on is parenting. The main character, Kerri, struggles with her relationship with her mother. There is very little communication in her overbearing ways. Meanwhile her best friend has a much more free-range life with her parents.

What I wanted to showcase is, no matter your parenting methods, how important communication is. It’s how Kerri was able to evolve. Roger, coming from a broken home, didn’t have the option of communicating with his parents. Maybe that would have made a difference in his life the way it did for Kerri? Maybe he would have had a mature sounding board to help identify and battle his mental illness?

You can find All of the Rogers on Amazon here and read more of my blog posts at www.erinlockwood.com