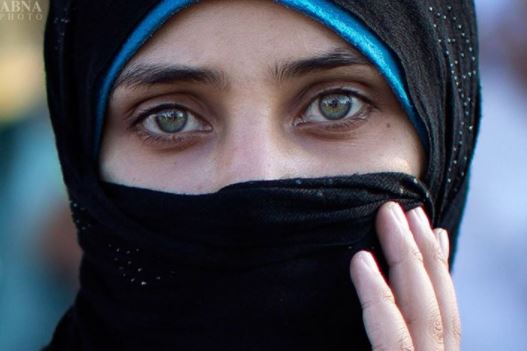 I have been a fan of Melissa Bradford since I read her book, Global Mom, a few years ago. She is an American expat living in Germany and has been a powerful voice for refuges. With her permission, I am sharing her recent Facebook post.

She is about the age of my daughter, mid-twenties. Soft-spoken, graceful, eyes steely containers with flickering flames. She was kidnapped in broad daylight by Taliban hoodlums and gang raped for several days straight, then dumped onto a patch of stand to crawl home. Knowing she had thus “dishonored” her family, she fled Afghanistan on foot to avoid being stoned to death by her village.

She is about the age of my daughter, and already mother of three. On her forehead is a minuscule, charcoal-tinted, nearly imperceptible tattoo of a crucifix. In her area of Ethiopia, she explained through a translator, they beat, torture, rape, and execute Christians. Behind eyes of an ever-alert protectress, cowers one who has been violated many times in front of her children.

She is about the age of my daughter, but who really knows? She certainly doesn’t, because she’s been on the run since she was orphaned at 14, she thinks. She has a son, and with him she crossed Libya, or what all African refugee women know is an inescapable sentence to unspeakable iterations of exploitation and serial rape. Did she have to sell herself on the burgeoning sex trade market just to stay alive, to keep her son alive? I did not ask.

She has no age. Where she comes from — the borderlands where Eritrea and Ethiopia meet — women do not mark their birthdays, neither are they schooled. Neither are they given the choice as to whether they undergo genital mutilation. All this she whispered, her head hung, to the translator. I asked if the threat of mutilation was why she fled her homeland with her daughter and braved the infamous Mediterranean death voyage in an overcrowded vessel where some died. Her black rimmed eyes flared, “No,” the translator said, “that was too late for me. But not too late for my daughter. *She* is why I fled.”

The level of abuse among refugee women is often beyond that which we in the west are accustomed to hearing. Westerners speaking out can give courage and even voice to refugees for whom speaking out has literally come at the peril of their lives. We are like adoptive mothers to these women; they are like daughters to us. We role model for them that it is not only safe, but imperative, that we use our first world voices to help everyone–women, men, adult or child –rise above their own horrific sagas of abuse. *They* are why we say #hertoo.