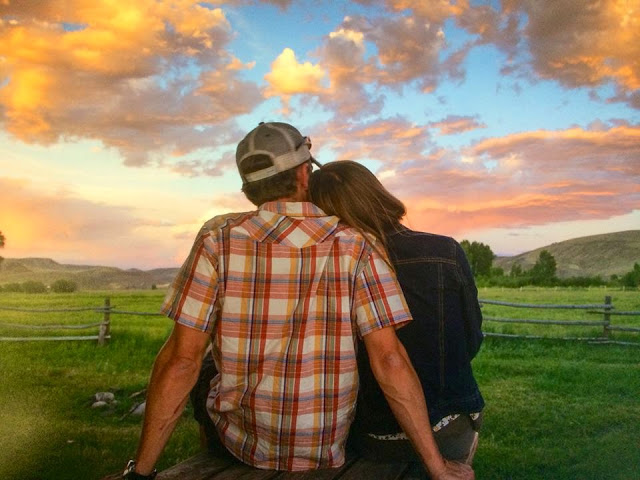 When You Meet The Other Woman: A Strange Kind of Sisterhood

Trigger warning: This article discusses the aftermath of a spouse’s affair. A fantastic resource is After the Affair: Healing the Pain and Rebuilding Trust When a Partner Has Been Unfaithful.  A few years ago, Eryn started documenting her journey after her husband’s affair on her blog, Gunny Girl. She recently met his former mistress, Kristin, and was shocked to discover their story is nothing like she originally thought.

Last month, I sat across the table from my ex-husband’s former mistress. I casually sipped a cocktail while we had an actual, real adult conversation. We talked about living in Colorado and my kids, but mostly we talked about my ex-husband.

This is not how I envisioned it would go.

For a long time, Kristin was my enemy. When I discovered my ex-husband’s cheating, I didn’t hate him but I certainly hated her. I had visions of publicly humiliating her, of punching her face in and yes, I even had dreams of killing her. Because what kind of heartless, selfish person knowingly breaks up a family?

That was the thing.

My ex-husband was and is a charming inventor of complex lies. I assumed that he only lied to me. I was very, very wrong.

I learned that my ex-husband never cleaned up after himself. Not once did he tell the truth to Kristin and ask for forgiveness. 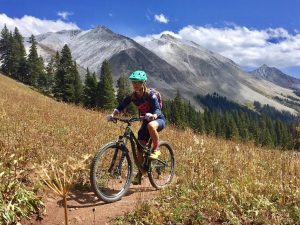 Not once did he say, “I’m sorry” and really mean it.

Instead, Kristin had to discover the truth on her own.

On a perfect late summer evening, I sat across from Kristin and I didn’t feel anger or hatred or vitriol. Instead I felt a deep, pervasive sense of sadness. I wanted to cry, not for myself, but for her and for the painful, twisted lives we have both led as a result of one man’s manipulative game.

In this twisted game of deceit, it turns out that some of us may come out on top. While, my ex husband will continue his pattern of lies, digging ever deeper into the downward spiral of manipulation, Kristin and I will move forward in our lives. We will find success in our jobs and our hobbies. We will seek and find authentic, truthful love. We will be honest with ourselves and others. 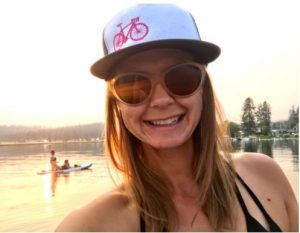 I drank that delicious cocktail that night and I thought about how my ex-husband had destroyed my self-esteem, stolen my confidence and killed my sense of trust. Because of him, I only have my children 50% of the time. My savings account is empty. I am wracked with guilt every single day that my children are growing up in two different homes.

I thought about the woman across the table from me. She too had suffered the effects of my ex-husband’s sociopathic tendencies. I didn’t want to kill her or punch her face in or humiliate her in public. I just wanted to hug her.

When everything you think is true turns out to be false, you grasp desperately for what little you are certain of. I was certain that Kristin was evil. That turned out to be false too and I found myself diving ever deeper into the web of deception woven by my ex-husband.

Webs of deception can be dangerous places and on this night, sharing a drink with Kristin, I felt comforted in the truths we shared. Everything made sense and nothing made sense but together we were able to put the puzzle pieces together and to create the beginnings of closure for both of us.

Thank you, Kristin- for being my truth-teller, for being brave enough to talk with me and for standing next to me in this very bizarre and sadly, continually growing, sisterhood.

I didn’t know I was the other woman. And I certainly didn’t know there were at least a half dozen of us out there. I only recently discovered the sheer amount of lies I have been told, and I am I sure there is more we haven’t discovered yet. I can only imagine what the last few years have been like for Eryn.

I never would have thought I would be labeled a mistress. I never thought I would meet Eryn, who several years ago tried to make my life hell (looking back, it was perfectly justified). I never imagined conversations with the women my ex had dated during the course of our relationship, and those that followed during these last few months (where he described that he was so very lost and alone, and I was trying to be a supportive friend). I never would have considered the love story that I thought had lived, the kind you write books about, was really a mystery novel.

Fortunately for both Eryn and me, the truth can change everything. The impact is greater than we thought, and the twisted sisterhood keeps growing. All of these women seriously misjudged one another due to the lies we were told and the manipulation we had endured. Thankfully, we now see each other in a new light – women who did the best they could with information they knew at the time – and we have all forgiven each other. That empathy was seen as a weakness, but it gives me hope that we are good people.

Four years ago I fell hopelessly in love with a man with two kids who lived 2,000 miles away in Colorado, and told me he was mid-divorce. Within a month, it became an all-consuming romance where we talked about the future – marriage, kids, having a life together. I thought I had found The One. The emotions were a drug-like high – I could never get enough and I was so damn happy. He consistently expressed how much he loved me and was a constant in my daily life. We were both in love. 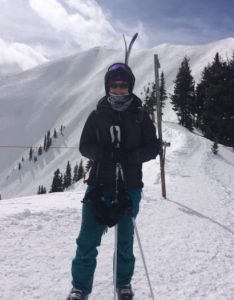 He had talked about his failed marriage, and how he was heartbroken. He showed me the divorce paperwork, and painted a picture that his soon-to-be ex-wife was unloving, irrational, crazy, and vengeful. It made complete sense to me as to why he was getting divorced.

I supported him through his divorce (I hoped my personal experiences as a kid with divorced parents would be useful), helped him with his marketing work (he’d admit on multiple occasions that I should have his job), and tried to offer advice on how to be a good dad (with the hope of being a bonus mom someday). I believed we were a team – all the drama in our lives seemed to come from outside sources, but at our core, we were good together. It ended abruptly in late October 2015, where he at least waited until AFTER my first marathon to break up with me. It was devastating and soul crushing. I went from the happiest I had been to my life to the saddest. The future I had dreamed of was over, and the explanation was that he didn’t want to take me out of New England (with a subtext that I couldn’t make it in Colorado). The reality was that the lie had gotten too big.

In talking with Eryn and the others, we all experienced the same pattern. The incredible drug-like high of falling in love, and meeting a man who seemed too good to be true. How he was incredibly charming and swept us off our feet. That he was a heartbroken man with troubled past relationships, and that he was simply seeking a love that would fix it. Then the situations where things seemed a bit off – an odd text, an inconsistent story, the sudden emotional distance. Each time it goes well until it doesn’t, and the ending is devastating for every women involved. I read Eryn’s blog after my break-up and I went through something similar. Call it the Barker Weight Loss program if you will.

The breakup was hard, but the most troubling part has been discovering each extensive lie. A year later I submitted a public records request. It was only then that I learned Eryn had filed for divorce, and that I had been an unknowing mistress for the first year of our relationship. I know that may be difficult to fathom, but his lies were that good. As a marketer he knew how to creatively handle photos, texts and excuses. In addition to the lies tied to covering up his cheating, there are the seemingly unnecessary lies focused on him as a person, making him into something much greater (and more appealing) than he is in reality. He played with the idea that perception IS reality. 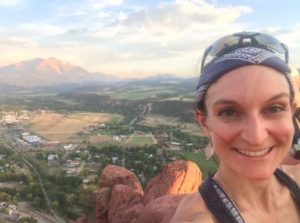 Hindsight is 20/20. I should have listened to my gut, and not tried to explain away the spidey-sense tingling I felt when I saw red flags. Something is amiss if your ex-wife and every single one of your ex-girlfriends are “crazy,” “mentally unstable,” “bipolar,” “suicidal,” “depressed,” or whatever other mental health term you would like to ascribe to them. The pattern seems to not be with them, but quite possibly with the man they have in common. When two mortal enemies – an ex-wife and an ex-mistress – learn the truth and band together, then you have probably done something very wrong.

It has become evident that in the last four years he has cheated on every woman he has been with, and at one point, was dating three of us at the same time, without any of us knowing about each other. This certainly wasn’t the man any of us fell in love with, and we all agree we deserve much better. I am grateful I have learned the truth – it has truly brought me the closure I had been lacking for almost two years. It is much easier to get over the love of your life when you realize he was a fictional character.

It hurts like hell to have had my heart broken then learn the last few years of my life weren’t anything close to what I experienced. I have no idea if any of it was true, and I never will – I have to accept that. It is painful to know the person I trusted the most betrayed me with all these lies. But what hurts even more has been realizing how much pain and suffering I unknowingly caused others, and I can’t change that.

One of the definitions of the word romance includes the following: “a baseless, made-up story, usually full of exaggeration or fanciful invention.” I don’t believe there is a more accurate description.

The death of a dream: my personal hell after discovering my husband’s affair

A Year Later: The aftermath of my husband’s affair