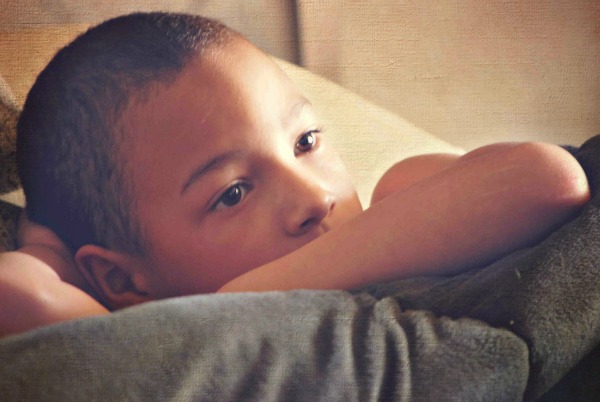 Wait! I’m Not Weady Yet

Rocky Raccoon runs around the race track as the crowd ROARRRRS and CHEERRRRRS and reads recipes at recess.

No, I have not cashed in all my sanity chips. Not completely. The above phrase is just one of many things I have repeated over and over since the new year began because my seven-year-old son has resolved to say his Rs better this year. To say that this breaks my heart is like saying Bill Gates is a little well off. You have no idea how this saddens me.

Nothing is sweeter than a little boy looking up at the sky and saying something like, “Mom, I just saw THWEE falling STAHS!” Or upon puking saying, “Don’t CWY, Mommy. I PWOMISE I’ll buy you a new WUG!?”

But my son is in first grade now. And all the kids have taken that secret class that they take sometime after Kindergarten ends and first grade begins. You know, that class that teaches them the art of cruelty. A group of especially well-learned girls have made my son and his speech impediment their first assignment.

I recently walked in on him one night lying on his bed going Aww Awww Awwwwww.

“What are you doing?” I asked. He hesitated for a moment, studying my face before deciding it was safe to tell me.

“These guhls at school make fun of me. They say I talk like a baby. So I need to pwactice my awws so they don’t make fun of me anymoah.” He went on to tell me that it didn’t so much bother him that a bunch of no-nothing girls were making fun of him, but what hurt was the fact that his friends laughed along with them. Those friends who were the recipients of his favorite Pokemon cards because he wanted to give them something special for Christmas? Yes, those friends. So my adorable little boy was determined to come back talking not so babyish.

The mother in me wants to sit these girls and boys down and say, “Oh no you didn’t.” But I realize that that wouldn’t end well for anyone, namely my son. So it’s on to Plan B. Am I going to talk to the school about speech therapy? Yes, sure. Am I going to make his teacher aware of the teasing? Absolutely. Do I want my son to speak better? In theory, yes. But there is a part of me that shrivels up and dies inside when I think about a boy that says READ instead of WEED and RAVEN instead of WAVIN.

Not only is he growing up, but he’s beseeched me to please HELP him gwow up. And I am. I will. I must. But it doesn’t mean that I have to like it.