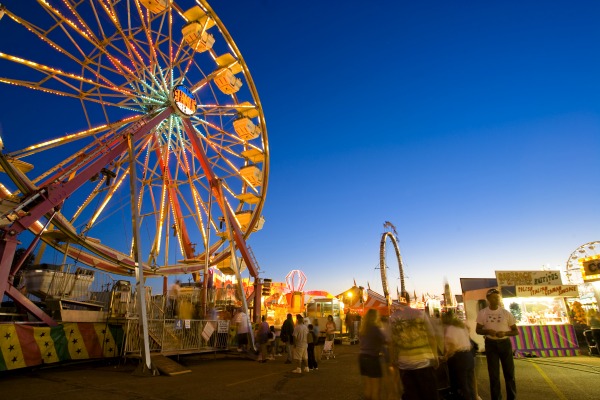 Summer ain’t over until it’s over. Denver is packed with fun (and free) festivals, pro sports, live music and plenty of late-summer, family-friendly activities for Labor Day weekend. Check-out these recommendations from Visit Denver!

A TASTE OF COLORADO

WHEN: Sept. 1–4, 2017
WHERE: Civic Center Park
A Taste of Colorado stands proud as the end-of-summer celebration of community pride and spirit in the Denver region. Over 500,000 people make the four-day festival their Labor Day Weekend celebration, enjoying the offerings of more 50 area restaurants, 275 marketplace artisans and vendors, six stages and educational programs promoting the diverse cultural and Western heritage of the region.

WHEN: Sept. 5–10, 2017
WHERE: Downtown Denver
The Denver Food + Wine Festival is a multi-day extravaganza of food, wine and spirits education, promotion and tastings. Through a series of events, the festival aims to highlight industry impact, promote workforce development and celebrate Denver as a culinary destination.

WHEN: Sept. 9–10, 2017
WHERE: Belmar, Lakewood
Festival Italiano is known for serving up the region’s best selection of homemade Italian specialties for guests as well as an artisan marketplace, live entertainment and chef tastings surrounding the festival dining booths. This free celebration features live music on two stages, chef demonstrations, wine tastings, kids activities (grape stomping!), a bocce tournament and flag throwers flown in from Italy for the weekend.

BIENNIAL OF THE AMERICAS

WHEN: Sept. 12-16, 2017
WHERE: Various venues
The Biennial of the Americas is a week-long festival of ideas, arts and culture that occurs every two years in Denver. The festival brings the most inspiring artists, innovators, leaders and experts from the Denver metro area and from North, South and Central America and the Caribbean together around the most pressing issues of our time.

WHEN: Aug. 13–Nov. 12, 2017
WHERE: Denver Art Museum
Common Ground is the first comprehensive American exhibition of photographer Fazal Sheikh’s work, featuring more than 100 images of individuals living in displaced and marginalized communities around the world.

WHEN: Sept. 25, 2016–Oct. 1, 2017
WHERE: Denver Art Museum
The 65 contemporary Japanese ceramic works of From the Fire at Denver Art Museum include pieces made by master ceramists so revered they’ve been designated as Living National Treasures in Japan, as well as by emerging artists.

WHEN: July 1–Oct. 31, 2017
WHERE: Denver Zoo
Lions and tigers and…dinosaurs? The Denver Zoo is bringing these prehistoric giants to life with the traveling exhibit DINOS! Live, which includes 21 life-sized dinosaurs, including 19 animatronic “terrible lizards.”

WHEN: Aug. 25–Sept. 4, 2017
WHERE: Pueblo, Colo.
Load up the kids and head further afield to the Colorado State Fair in Pueblo, Colo., for carnival rides, livestock and horse shows, parades, country concerts, an arts exhibition, a fiesta weekend and one of the largest pro rodeos in the country.

WHEN: Sept. 1–2, 2017
WHERE: Red Rocks Park & Amphitheatre
GRiZ brings his self-described “future-funk” to Red Rocks, where he will be joined by his first-ever full-show “GRiZ live band.”

WHEN: Sept. 4, 2017
WHERE: Red Rocks Park & Amphitheatre
Join classic rock icons Foreigner on their 40th anniversary tour as they rock in Labor Day at Red Rocks, along with Cheap Trick.

WHEN: Sept. 1, 2017
WHERE: Sports Authority Field at Mile High
The University of Colorado Buffs square off against the Colorado State Rams in the Rocky Mountain Showdown, the first football game of the season, held at the Denver Broncos‘ stadium.