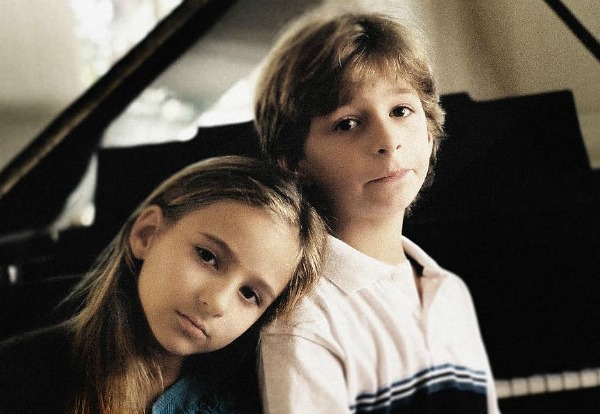 Mommy, I Want to be with My Brother

My dreams exploded like firecrackers when Josh and Jordan were born in 1996. My expectations were unchecked. My little boy and girl would make me chuckle with their twin-speak. They would crawl together, laugh together, plot together. They would compete athletically, and academically, but never spiritually. Their bond would launch them on a shared trajectory, and they would love and support each other throughout their lives. Their connection was real, and they would never be separated. 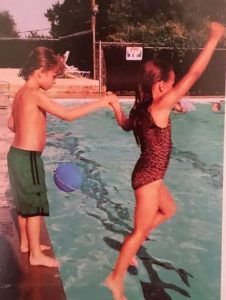 Three years later when Josh was diagnosed with severe autism, my dreams vanished as quickly as they had exploded, and my expectations dipped below an invisible nadir. My toddler lost all of his speech as well as other key functions. His autism was insidious, spreading over him like a shadow – but it never passed. And when the behaviors and medical problems fully took hold, Jordan became confused about her twin brother. Sometimes his eyes would lock with hers in a soulful, transcendent way, and sometimes he just didn’t see her at all. His disengagement and aggression troubled me, and I worried about my daughter. But she was loyal to him. She prided herself on being his “therypist.” “It’s good that I talk a lot, Mommy, because Joshie can hear my words.” I wish it hadn’t been necessary to separate them because of his therapies, but I didn’t have a choice. I got used to hearing, “I want my brother to go with me to my school. My teachers can teach him!”

When the kids turned five, my husband and I had to make a decision about our son. He was exhausted all the time. I remember putting him in a plastic pool outside just to keep him awake for his table work. Jeff is a former neurosurgeon. He always suspected Josh was having seizures, even though his EEGs were consistently negative. We finally ended up taking him to Houston for an advanced test, and this time the results were positive. He was having nocturnal seizures, some lasting as long as 20 minutes, which explained the chronic fatigue and brain fog. Jeff said we should operate as soon as possible.

Typically, when we flew Josh around the country to see specialists, we returned home swiftly to keep things ‘normal.’ But in 2002, only one hospital in the country performed the bilateral MST procedure Josh needed, and it was in Omaha. We would be there for almost a month, because the procedure required three different operations. I was terrified about my son having brain surgery, but the idea of separating my twins for a month rattled me almost as much.

But we had no choice. We sent Jordan to Texas to be with her grandparents and cousins. It was a sensible idea, and we were grateful to Jeff’s parents for taking her. Protecting my daughter from potential trauma was wise, wasn’t it? I recorded the following in my journal: “We must be away for a month. I must leave my sweet Jordan. She will fly to Texas and go to school with her cousins. Anxiety I can taste in my mouth. Metallic. “You get to go to Texas! Lucky, lucky girl!” “Mommy, I want to be with my brother! I want to help you!” Anxiety that seeps through my clothes. She sniffs my fear. “Mommy, why do you have to go? Why can’t Daddy fix Joshie’s brain?” I want to take her with me. I need her and she needs to be with her brother. What if we’ve made a mistake? What if something happens to him on the table? Thank God Mom’s coming with me.” 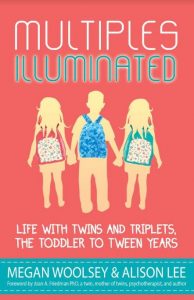 Four weeks and three agonizing operations later, my son was sitting in his hospital bed in Nebraska doing wooden puzzles. He pulled through the surgeries better than I did. And when we spoke to Jordan in Texas, she was happy. She never stopped asking about Josh, though, and could barely wait for our reunion at the airport.

He was alert and sitting in a wheelchair. I’ll never forget how she handled the sight of her brother after his surgeries. He wouldn’t keep his cloth cap on and his swollen head looked like a bloody baseball. He’d also lost weight. When Jordan ran to greet him, her mouth flew open and she cried a little. She wasn’t scared, though, just sad. “Joshie, let me hold your hand. Let me make you feel better!” She gripped him as we wheeled him through the airport. Two parts, one whole.

This is an excerpt of “Mommy, I Want to be with My Brother” by Shelley Stolaroff Segal from Multiples Illuminated: Life with Twins and Triplets, the Toddler to Tween Years.  This book will give you a glimpse into the amazing lives of families with children between the age of two to 12. Told from the perspective of 21 parents from all walks of life and at different stages of parenting, you will find yourself feeling less alone on this incredible journey parenting multiples.  The book is available for pre-order for Kindle and other digital devices at https://www.amazon.com/Multiples-Illuminated-Twins-Triplets-Toddler-ebook/dp/B073SLZBDX/ and will be delivered automatically on launch day, August 4.