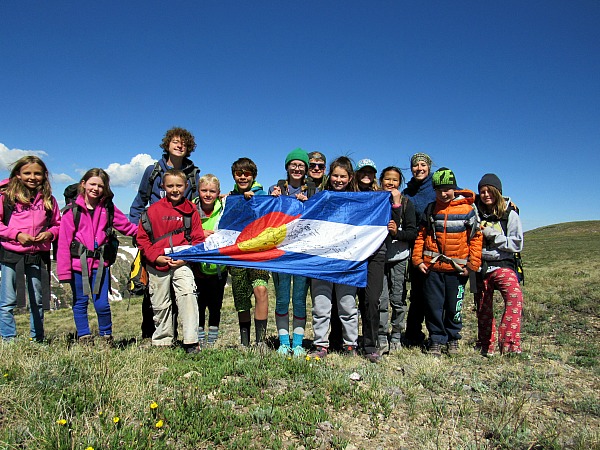 My son Bode was uncharacteristically nervous as we waited in Keystone Science School’s registration line. It felt like a family reunion with a flurry of high-fives and fist-bumps as returning campers proudly showcased their beaded necklaces from previous years. It didn’t take long for a kind counselor to notice Bode’s apprehension as a first-year camper and introduce him to other kids.

He quickly connected with a boy who would earn the nickname “Marshmallow” from his s’mores T-shirt. When we noticed he was a returning camper, we asked about his favorite activity from last year and he divulged “I learned how to make a prison.”

The Warden (as he become known to me) would become Bode’s best friend.

Upon checking in, Bode was handed a “Passport” to pass off certain requirements like meeting his dorm-mates, visiting the medical center, meeting the camp’s Chef Henry, making a wooden nametag and every child was even given a personal welcome letter. When my husband and I left, Bode was playing extreme tag and he never looked back. 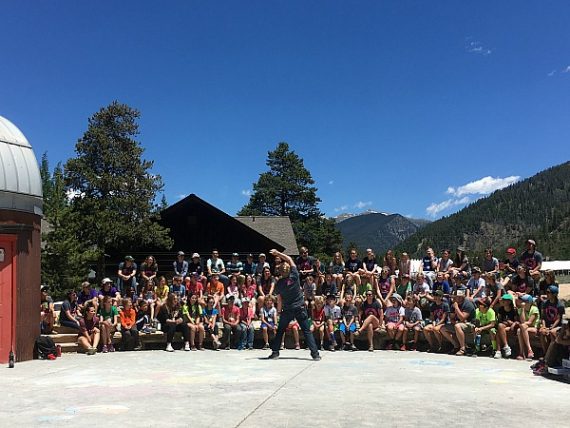 Keystone Science School believes that the power of inspiring curiosity and critical thinking through the lens of science changes lives. This mantra ensures that KSS is more than just a fun, outdoorsy camp–it teaches kids to learn about their surroundings and themselves. 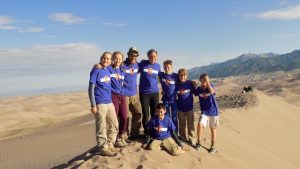 There are several different day, overnight and teen leadership camp options for Keystone Science School (including sixth grade camps during the school year). We registered Bode for Discovery Camp (grades 2-9), KSS’ flagship residential camp program while my 13-year-old signed up for Keystone Voyagers (grades 7-9), a new action-packed program for younger teens focused on outdoor skill building and environmental science from a remote base camp. She was counting down the days until her Steamboat Rodeo session with camping and hiking in Steamboat Springs, 3 days of river kayaking instruction and horseback riding…until she broke her arm the week prior. While her brother had the time of his life, she was relegated to “Camp Grandma” at home.

There were so many things that Bode loved about his Discovery Camp experience but the traditions were what made it extra special: the time-honored camp songs, hot pink gorilla sightings, stargazing in the observatory, evening “candle chats” when they shared their feelings, campfires, skits and s’mores. Each camper was given a necklace where they earned beads for everything from finishing their welcome Passport to wilderness skills to even a shower bead to encourage them to take showers throughout the week. 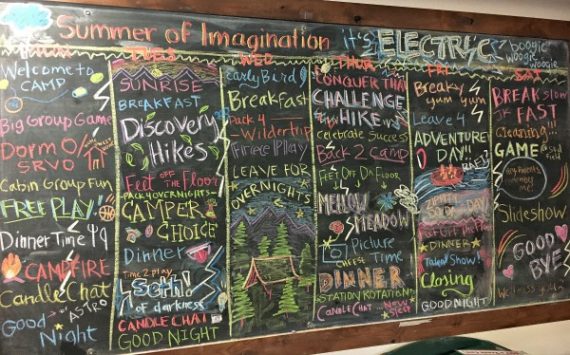 For the most part, the Discovery Camp stayed at their beautiful Keystone, Colo. homebase with the exception of their backpacking overnight, which is a part of every regular camp session. It was Bode’s first time backpacking and it was the perfect introduction as he learned to pack his backpack and then embarked on a 0.5-mile hike with all his gear. The counselors taught low-impact camping techniques, such as tying knots and they had a lot of fun when one of the counselors let go of the rope while demonstrating how to hang a bear bag, leaving it stuck in the tree. Ten minutes and a lot of laughter later, dislodging that bag is one lesson the kids won’t soon forget. 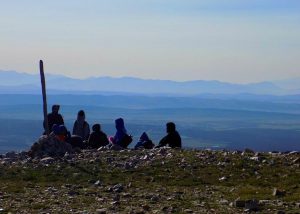 That night, Bode said, “We didn’t sleep in tents but hung up tarps to use as shelter in case it rained but we didn’t need them. I’ve never seen so many stars,” he marveled as he discovered the natural world at night.

The next morning, the campers awoke early to catch the sunrise and embark on a challenge hike to the summit of a nearby peak, a beautiful vista or a mountain lake. To determine their desired level of difficulty, their choices were presented on “sweat” scale and Bode chose one of the more challenging options, a 7- mile trek up 12,00-foot Radical Hill that he said was beautiful yet exhausting and made him glad he didn’t select the 13-mile option. Upon reaching the summit, each of the kids took a turn to announce “I am proud because ______” as everyone took a moment to share their accomplishment.

The last full day of camp was Adventure Day where campers were given activity options that included whitewater rafting, rock climbing, zip lining or horseback riding. Bode chose to zipline and had a blast careening across a series of cables that included the fastest zipline in all of Colorado. 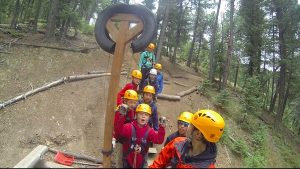 Upon returning to KSS, the campers had a pizza party and at the closing campfire, each camper was given a fun award. Later that night while the “responsible adults” were away, the kids and the counselors stealthily raided the kitchen to get icy pops and everyone came together later for a disco dance party

When we picked Bode up the next day, there was an hour-long closing ceremony with a lengthy heartwarming video of all their adventures. As he laughed along, I marveled how he was a different kid–dirtier (he only earned that shower bead twice) but confident and so self-assured after being on his own.

When we dropped him off earlier that week, a girl next to us tugged on Camp Director Seth Oglesby’s shirt and brazenly told him, “I get bored very easily, you know.” With a twinkle in his eye, he responded “Then I will make it my mission to make sure you are not bored!”

Rest assured, at Keystone Science School’s Summer of Imagination, boredom is not an option.