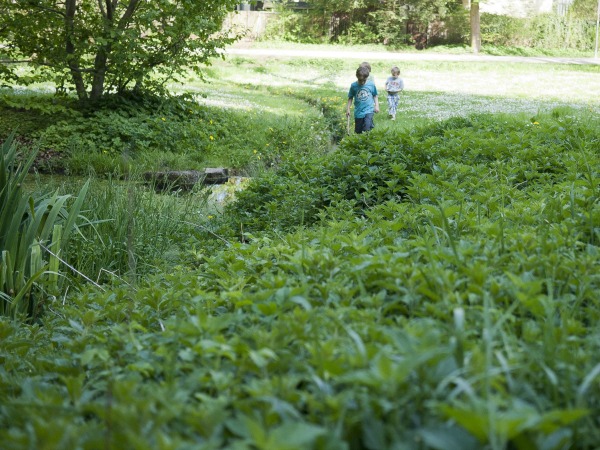 What is Letterboxing? Amber wrote a post here, but I thought I’d add a little update of our own.  Honestly, before Amber’s post, I’d never heard of it. I thought maybe it was a craft idea or a new exercise routine.

Oddly enough, being “crafty” helps, and you do get your exercise, but it’s more about finding hidden treasure…and more.

With Letterboxing, you are given clues to a hidden box containing a carved stamp and logbook. (Some are so tiny that there’s only room for the carved stamp, so you just log those finds online. The site we use most often is AtlasQuest) You find this box and use the carving to put a stamp in your book. You then use your own personalized stamp to mark the logbook that was in the hidden box. This is similar to Geocaching, but you don’t need a GPS to play this game, and you don’t “take something, leave something,” you just stamp the logbooks with the stamps and leave everything the way it was when you found it.

The thrill is in the hunt and the collecting of all the cool stamps.

When Amber wrote about Letterboxing last month, my daughter Claire and I set off to see what we could find.  What we found was not only hidden treasure but a new obsession.  It’s become the perfect hobby for a kid and a kid at heart.

We’ve now found over 40 traditional boxes and 5 hitchhikers in 6 different states!  (Hitchhikers are stamps hidden inside other letterboxes and then moved by the finder to another random box, and then picked up by another finder and moved again, and so on.)  The states on our list so far: Colorado, California, Hawaii, Nebraska, Iowa, and Missouri.

We’ve used Letterboxing clues when in other states and cities not only to add some letterboxes to our collection, but to discover and explore the area in a way a true “tourist” wouldn’t normally get to do.  Finding letterboxes while on a road trip, especially if it’s a long haul you’ve done many times before, adds excitement to what could be a rather boring ride.

We have learned how to use a compass correctly.  (Not every clue involves a compass, but some do.)  We’re really good at deciphering clues. We’ve finally learned the true meaning of stealthy and discreet, and the episodes of screaming, “WE’VE FOUND IT!?” at the top of our little lungs are very few and far between.

We’ve found patience and persistence when it comes to finding the challenging ones, and we’ve found acceptance in letting them go if we can’t.

We’ve also found some pretty cool adventures to add to our box of memories, too, the most exciting having to do with being chased by bees, avoiding large spiders, and something we’ve affectionately named, “The Adventure Near the Skunk Bridge.”

As the weather is turning warmer, we’re looking forward to doing more Letterboxing Lunch-dates with some friends. There’s nothing quite like a nice sunny picnic lunch followed by a hidden treasure hunt. Until then, I have some “inside” letterboxes on my list for the days that are too cold or snowy, and I’m hoping one of them is big enough to hide this hitchhiker we picked up last month.

That’s the other thing I’ve learned: Letterboxers say the funniest things, especially when taken out of context. Leave it to something like Letterboxing to raise the eyebrows of eavesdroppers everywhere.

What about you? Have you been letterboxing yet?