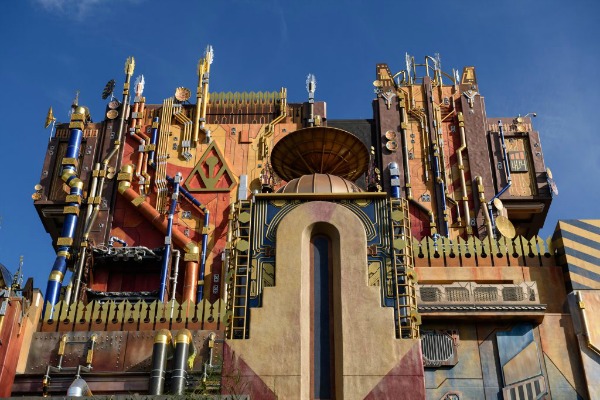 Your first look at Disneyland Resort’s Summer of Heroes!

Disneyland just got even more outrageous!

Guests escaping to the Disneyland Resort in search of fun and adventure this summer will join forces with Guardians of the Galaxy as this intergalactic crew attempts its own escape in the rockin’ and irreverent new attraction Guardians of the Galaxy –Mission: BREAKOUT!, opening Saturday, May 27, in Disney California Adventure Park.

Heroes from the “Guardians of the Galaxy” film, some appearing for the first time in a Disney park, also come alongside the Avengers for all-new, epic adventures during Summer of Heroes. Beginning May 27, guests will live these exciting stories as they encounter some favorite Super Heroes together for the first time.

Guardians of the Galaxy – Mission: BREAKOUT! launches guests into a chaotic and hilarious adventure that combines a breathtaking free-fall sensation with all-new visual and audio effects. The action jumps to the beat of the attraction’s “awesome mix tape” of music, inspired by the films’ soundtracks. Guests will discover multiple ride experiences as they help Rocket in a daring plan to free the Guardians–a band of extraterrestrial misfits–from the fortress of The Collector, Taneleer Tivan.

Guardians of the Galaxy – Mission: BREAKOUT! opens as a permanent attraction just in time for summer 2017 at the Disneyland Resort, and the Summer of Heroes inaugurates an ever-expanding universe of Super Hero stories at Disney California Adventure that will become even bigger over time. In addition, guests in the park’s Hollywood Land will join some favorite Super Heroes for epic, new experiences for a limited time.2

In Disneyland Park, the classic Main Street Electrical Parade has been extended by popular demand through Aug. 20, 2017. The nighttime parade features beloved Disney characters and stories, half a million twinkling lights, the synthesized music of “Baroque Hoedown” and the heartwarming joy of nostalgia. Summer 2017 also marks the return of the nighttime spectacular “Fantasmic!,” the Disneyland Railroad and attractions on Rivers of America.

Guests will enjoy some of the Super Hero experiences year-round: 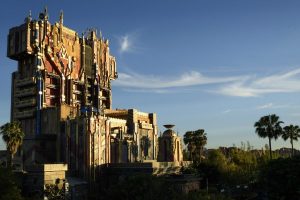 • “Guardians of the Galaxy: Awesome Dance Off!”: Star-Lord fires up his old-school boom box to get a party started. Everyone, including tree-of-few-words Groot, is bound to get in the groove and show off their moves during this awesome rock ‘n’ roll bash.

For a limited time (May 27 through Sept. 10), some new adventures will be exclusive to Summer of Heroes:

• “Avengers Training Initiative”: Black Widow and Hawkeye assemble young recruits for a series of tests to see if they have what it takes to join the ranks of the Avengers.

• Heroic Encounter: Black Widow: Black Widow arrives on the scene several times throughout the day in an armored Avengers vehicle for her heroic encounter with park guests.

• Grab a Piece (or Bite) of the Action: Special themed merchandise, plus food and beverage items, will be available throughout Hollywood Land.

Another new, year-round show is fun for all ages:

• “Disney Junior Dance Party”: Debuting Friday, May 26, this fun concert experience invites adults and kids to dance and sing along to the music. Popular Disney Junior characters from Disney Junior TV shows “Doc McStuffins,” “Sofia the First” and “The Lion Guard” are joined by Mickey Mouse and Minnie Mouse from the new series “Mickey and the Roadster Racers.”

Along with the Main Street Electrical Parade, some classic guest favorites have been enhanced and are set to return in Summer 2017. Dates will be available soon at Disneyland.com.

• The summer months offer a last chance to view the lights, music and fun of the beloved Main Street Electrical Parade. Nightly performances through Aug. 20 feature favorites like Cinderella’s ball, Elliot, the smoke-breathing, tail-waggin “Pete’s Dragon” and the glittering “To Honor America” finale.

• The popular nighttime spectacular “Fantasmic!” is set to re-open this summer on the Rivers of America, enhanced with new scenes and features. Guests will find Mickey Mouse in more scenes than ever before, and they’ll discover new roles for Genie from “Aladdin” along with characters from “Tangled,” “The Lion King” and “Pirates of the Caribbean.”

• As work continues on a new Star Wars-themed land, set to open in 2019, the iconic Disneyland Railroad is preparing to return this summer to take guests on a tour of the park. They’ll enjoy a new look along the Rivers of America, with a spectacular new vista of a waterfall, rocky cliffs and a dramatic gorge below.

• In Tomorrowland, Star Wars and Disney fans will step into out-of-this-galaxy experiences at Star Wars Launch Bay, meeting some Star Wars characters and getting an up-close look at replica props and models from Star Wars movies, including the latest “Rogue One: A Star Wars Story.”