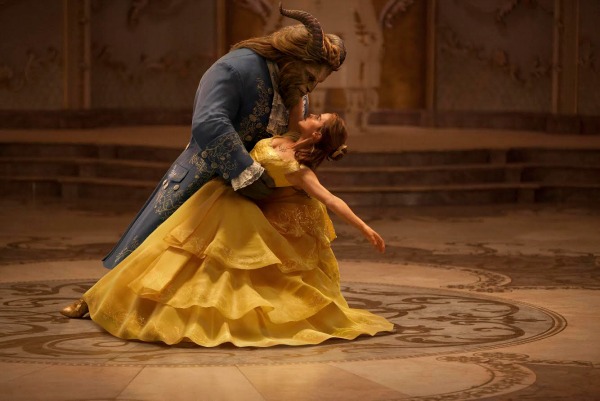 Say Bonjour to “Beauty and the Beast”

Disney has been on a roll lately. They’ve offered several live-action adaptations of some of their most beloved animated movies. This is a brave move, considering how rabid and unforgiving true fans can be—especially when an animated movie is as treasured as 1991’s “Beauty and the Beast.” Expectations are sky high.

“Beauty and the Beast” 2017-style never strays far from its roots, but somehow manages to flesh out plot holes and delve into backstories. Why is the Prince such a jerk to the enchantress? How did educated Belle and Maurice end up in the poor provincial town? Is there a Mr. Potts?

Here’s a biggie: How did Belle get the Beast onto the horse after he was attacked by the wolves while saving her? Not only is this addressed, other details you didn’t know were missing are explored, sometimes in very touching scenes. Four brand-new songs lend depth and context to the story. The Beast (Dan Stevens) is more loveable, Maurice (Kevin Kline) is more relatable, and the story somehow becomes more plausible.

Belle (Emma Watson) seems stiff, unsure, and cold at times but that is by design. Much is made of the townspeople thinking she is an oddball and she is! How refreshing. She prefers books and tinkering over brash, vain Gaston (Luke Evans) and his foolish, adoring sidekick LaFou (Josh Gad). There is a lot to admire about Watson’s performance. She isn’t a beauty queen, she isn’t a dazzling singer, and she isn’t coquettish—and that’s okay. Her fearlessness is believable, and that’s the whole point of the story. Who can learn to love a Beast? We all do. One of the downsides, however, is that the CGI rendering of the Beast isn’t always seamless and can become a distraction at times, but he is aptly voiced.

Some of the funniest, most charming, and heart-soaring moments are thanks to the supporting cast of household servants, who were transformed into knick-knacks and furniture. Cogsworth (Ian McKellen), Lumiere (Ewan McGregor), and Mrs. Potts (Emma Thompson) owned their roles as you’d expect from superstars. New emphasis is placed on tertiary household items, like the sassy singing wardrobe, Madame Garderobe (Audra McDonald) and her husband Maestro Cadenza (Stanley Tucci) who is a sacrificial harpsichord in need of a dentist by the end.

“Beauty and the Beast” is true to the original while adding interesting and thoughtful updates. From the opening scene in the poor provincial town to the over-the-top musical dinner to the eye candy ballroom scene (still swooning over the yellow gown) you will feel like you’re visiting an old friend who never fails to entertain. Then, your old friend tells you some things you never knew and somehow it clicks together nicely. That’s “Beauty and the Beast” 2017-style.

Spoiler alert: Much has been made in the news about LaFou’s sexual orientation. I only noticed because I was watching for it. There is a very brief, seconds-long snippet at the end of the film with two men looking at each other with interest, but that is it.