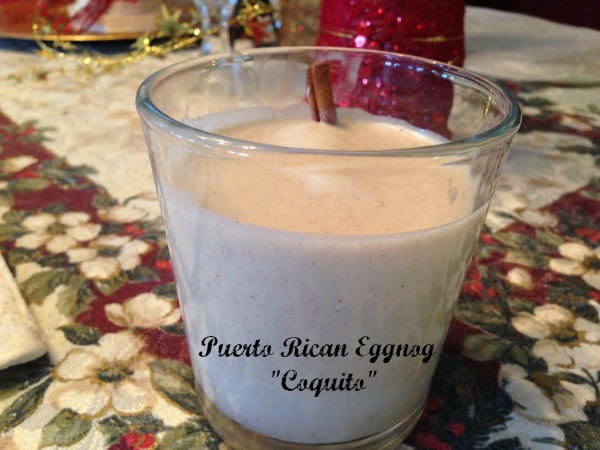 A couple of years ago,  Today show anchor Natalie Morales toasted her favorite Puerto Rican tradition: Coquito. A popular drink in her native country, she described it as a “coconut version of eggnog.” I love eggnog as much of the next person but anything with coconut is that much better.

After researching several recipes, I found common ingredients of evaporated milk, unsweetened condensed milk, cream of coconut, coconut milk, cinnamon and rum. Since we’re non-drinkers in my family, I made a few adjustments for a nonalcoholic version and my heavens, Coquito really is heavenly and will become a staple for us during the holiday season.

And every other day we have cause to celebrate. Enjoy!

Combine all ingredients in a blender (we like to add a bit of crahsed ice). Blend and serve chilled.