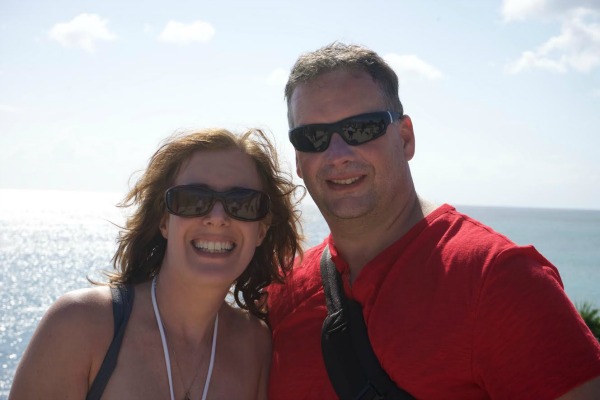 While driving home from a party one night, my husband asked me if I was happy with our relationship (we’re newlyweds so we still ask about this from time to time).  I said yes and asked him the same question.  He replied, “Yes, I’m just not used to all the belching, farting and drama.”  I thought that would make a really honest anniversary card.
To my darling wife,
You are the light of my life.  I love you so much and I’m so happy we are married. I’m just not used to all the belching, farting and drama.
Love,
Your dearest husband.
It kind of threw me though, that he thought there was a lot of drama attached to being with me and my daughter.  After 8 of years of being a mom, the level of drama was normal for me.  I wouldn’t even call it drama  – it was just a steady level of anxiety.  For him, living with us is like a rollercoaster ride.  And sometimes it’s like a nauseating rollercoaster ride.
Then I thought about it more and realized, here is this guy (a veteran in the Air Force for more than 20 years no less) who was single for years, a bachelor, living in a nice, neat house on his own.
The first night I went to his house, I noticed how there were no dishes left in the sink, his two lava lamps were equidistant from each other on his living room end table and he had hand towels in the bathroom that I knew were just for show.  A fun night for him was staying home and watching The Hangover on DVD for the 20th time.  His life alone was more like a tram ride than a rollercoaster.
For him the house is disheveled, there’s a million things on the schedule and I bet he never thought it would be so stressful to get a child to brush her teeth.  My normalcy is his insanity.  Maybe we should have moved in on a part-time basis at first so he could  acclimate to the whirlwind of a mom/daughter combo.
I think we’re rubbing off on him.  He isn’t a stickler about making the bed anymore.  And he’s influencing me – I try to remember to pick up my jeans off the bedroom floor.  Then again, is it worth it to put them away, because maybe I’ll wear them again tomorrow. 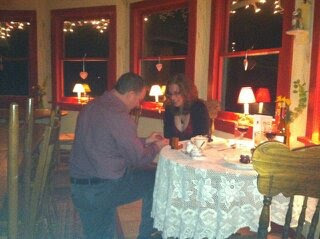 Above is my husband not realizing what he was getting himself into.
Nancy Fingerhood is a writer, filmmaker and performer originally from New Jersey.  In her blog, Confessions of a Middle Aged Woman Gone Wild, she combines her humorous and honest writing style to discuss relationships, parenting, aging and anything else that catches her attention. She is currently the co-owner of Vivid Impressions Productions, a photography and videography services company based in Westminster.