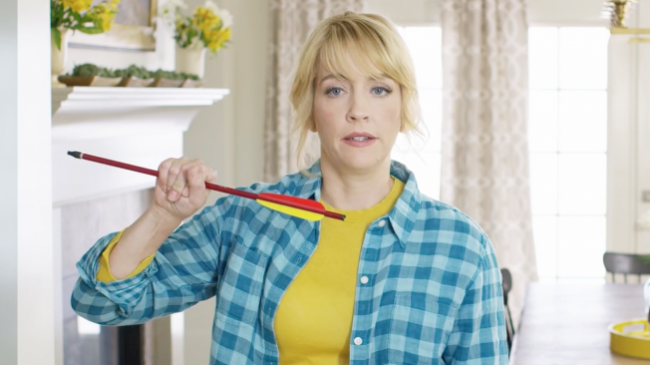 “Don’t pity the matriarch of this chaotic household, even though her kids are jumping off the roof, shooting arrows through the living room and tossing silverware down the disposal. Just listen to her when she gives you some advice on simplifying your life. Because if anyone should know a good time-saving app when she sees one, it’s this delightfully unflappable gal,” says AdWeek.

That’s the philosophy behind the new digital campaign for Chatbooks, a Utah-based subscription photo book service that’s making its national ad debut this week with paid buys on Facebook and YouTube.

The four-minute spot, from viral video mavens the Harmon Brothers, introduces a woman who’s “not a frazzled mom—she’s a real mom,” says Rachel Hofstetter, CMO of Chatbooks and ex-editor of Oprah’s O magazine. “Instead of getting stressed about all the crazy stuff going on around her, she just goes with the flow. She’s the best friend you wish you had.”