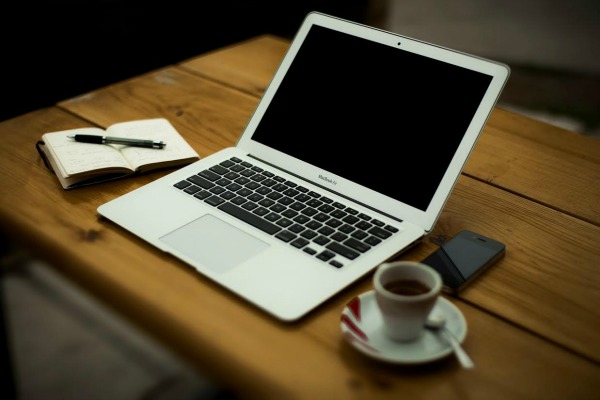 When one sits down to write a blog on a Saturday night because one is stuck at home with a bad cold and one cannot breathe through their clogged sinuses, one doesn’t usually expect to check one’s blog stats and find that one’s blog has been read by hundreds of thousands of people.

But there you have it.

Frankly, right now I don’t know whether I should take credit for that blog or bounce the attribution to Mucinex – it certainly did its part.

As a writer, I’ve done pretty well over the years: I’ve gotten a book published and I’ve built a brand entirely from scratch, developing a modest but healthy following under the name Widow Chick. My pieces range from dealing with grief to life as a single parent and, most recently, a blog where I can express anything that comes into this hyperactive brain of mine.

My blogging career has progressed much like anyone else’s – with slow gain and a few leaps along the way.

I just wasn’t expecting this catapult.

As all of you writers know, expressing yourself is a very personal undertaking. Sitting down to a blank screen and trying to write what you really want to express can be cathartic at times and downright intimidating at others.

And then to press “publish” and allow others to read what you’ve written…that can be a scary moment. To be honest, when I hit that button on October 9th I really didn’t think anyone would read that piece. I’ve written blogs somewhat similar to what I published that night and while I’ve always gotten a “good job” or “you suck” comment on social media, it’s never amounted to more than a few thousand reads – if I’m lucky.

The irony of that post – that it’s about politics when I am probably the least political person I know – and that it’s gone viral is not lost on me. When I told my sister, “I don’t get it. This wasn’t full of stats or scientific or anything,” she said, “That’s probably why people like it.”

Okay. I guess I’ll go with that. And as my agent said, “Just enjoy it.”

It came at the right time, as far as where I am as a writer. If this had happened years ago, I would have basked in the compliments but focused on the negative comments. I would have taken anything that someone didn’t agree with and stewed on it for weeks.  I have an overall five-star status on Amazon for my book Confessions of a Mediocre Widow, but for a while all I could think about were the few comments from people who didn’t like it.

At this point in my writing career, I’ve realized that all of that may be about my writing, but it really has very little to do with me. I’m still the same person. I still think the same way. My writing style works for me. It’s my art. I can see that my job as a writer is to allow people a small glimpse into my life while keeping most of it private. People agree with what I’ve written or they don’t – but whatever it is might prompt a conversation they might otherwise not have.

Unfortunately, my parents haven’t been trained to have such thick skin. With every negative comment, my mom calls and cries, “Don’t respond!” (which I have no intention of doing). My dad has been silent through this little episode, but I have a feeling that “what were you thinking?” has crossed his mind a few times. However, when I told my 10-year-old that some people were writing some not-so-nice things she exclaimed, “That’s when you know you’ve really made it!”

As my agent told me years ago, “True writers don’t write to earn millions. They write because they feel they have something to say and to connect with people.”

Well, connect I have…however unintentionally. (But the millions would still be nice.)

And so far, the only bad thing that has really come of this is that I’ve had Taylor Swift’s “Shake It Off” stuck in my head for days.

Now you probably do, too.

Oh, well. You can leave your negative comment below.

Catherine Tidd is a writer, widow, and mom who is constantly trying to get her kids to put their dishes in the dishwasher. She is also the owner of Social Seed Marketing. You can find more of her pieces here on Mile High Mamas, the Yes, You’re Crazy blog, and the blog Widow Chick. Her book Confessions of a Mediocre Widow can be found on Amazon.com.