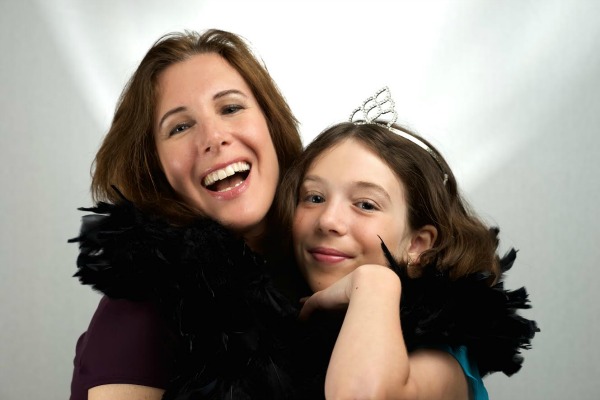 Confessions of a single mom

I miss the days when I had the luxury of having a nervous breakdown.  B.C. (Before Child), I could spend an entire weekend in bed sleeping, wallowing in misery and whining to my girlfriends on the phone.  Usually these breakdowns happened after some schmuck I thought was the love of my life dumped me.  Some of them didn’t even have the balls to dump me – they just disappeared – or as the kids say today – ghosted me.  I think that’s how they say it.
Once you become a mom, losing your shit isn’t possible.  Because even though you hardly feel like taking care of yourself, you’re responsible for someone else’s life.  It’s not like the beta fish that died after 9 months because I didn’t do a good job of cleaning it’s jar-like aquarium.  This is the life that you go to jail for if you neglect it.

Ah, the good ol’ days
As a single mom, you don’t even have the back up of a partner to allow you to cry in the bathtub.  Sure, you can do that while your kid is asleep – but then you are bleary eyed and tired the next day and…guess what – you’ve gotta feed, drive around, pick up from school, go over homework, read a bedtime story and all the other mom duties.  Whatever is making you a basket case doesn’t matter.  Not only do you have to perform the routine tasks, you have to exude concern and love while you do them.
The enormity of being a single mom makes keeping your s#*$ together during a crisis all that much harder.  If you get fired and you don’t have a kid, it sucks and you can go out with your friends and drink wine until you pass out.  If you’re a single mom, you can hire a babysitter and drink yourself silly but all the while in the back of your head you’re thinking “I gotta get up when my kid gets up and she is not gonna care about my hangover.”
I suppose one of the good things about being a single mom is that you quickly learn what is worth worrying about.  I’m not saying I don’t worry about everything anymore – I’m Jewish, it’s in my DNA.  I just mean I can more evaluate what is really a crisis and what isn’t.  The guy I dated for six weeks in my early 30’s from match.com who I convinced myself was the last man I would date and then kicked me to the curb sent me into a spiral of depression and landed me on Wellbutrin.  That would never have happened after my daughter was born. 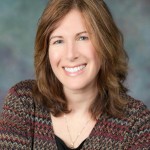 Now that I’m married, I do get the occasional opportunity to hide in the bathroom or take a 20-minute walk around the block.  But I don’t get the extravagance of a full-blown meltdown. My husband may disagree with that, but that is just because he doesn’t have the flair for drama that I have.
Nancy Fingerhood is a writer, filmmaker and performer originally from New Jersey.  In her blog, Confessions of a Middle Aged Woman Gone Wild, she combines her humorous and honest writing style to discuss relationships, parenting, aging and anything else that catches her attention. She is currently the co-owner of Vivid Impressions Productions, a photography and videography services company based in Westminster.