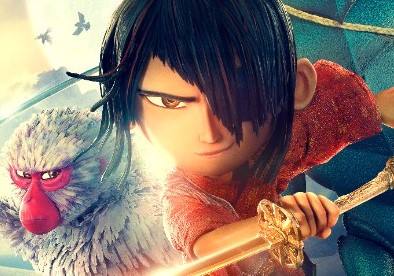 Summer vacation might be over for most Colorado kids, but that doesn’t mean it’s time to wave goodbye to epic animated storytelling. After a summer of sequels, reboots, and reimaginings, Kubo and the Two Strings stands as a sumptuous, astonishingly crafted experience with a fresh story.

Young Kubo (Art Parknson) is gifted with a special ability, which he uses to support himself and his bereft, secretive mother. When he makes a decision to explore deeper into his past, he unknowingly sparks a chain of events that lead him to a showdown with someone ancient—and angry. Kubo has two mysterious guides along the way, Monkey (Charlize Theron) and Beetle (Matthew McConaughey). They set a course to help him find the elements he will need to defeat two devilish sisters (Rooney Mara) and, ultimately, the Moon King (Ralph Fiennes).

Not everyone is a fan of stop motion or puppet-animated media, but few can deny the meticulous work and mad skills that are poured into this detail-oriented style of storytelling. LAIKA Entertainment, which created Kubo, is also known for the bizarre, dark whimsy of The Boxtrolls and Coraline. Some of that spills over, but Kubo is on another plane of quality. The colors, layers, and action meld in seamless harmony. This particular story, set in a magical version of long-ago Japan, is the perfect framework for this dreamlike, sometimes spooky animation. It’s almost as if stop motion were invented for Kubo and the Two Strings. We saw it in 3D. The effects were never jerky or obvious puppetry. It’s smooth, like you’d see in a computer animated film, but somehow more rich, more real.

The story is simply beautiful. Between the depth of Kubo’s experience and the animation, it took my breath away. Sometimes, it felt heavy—important—but never burdensome. There are many well-timed laughs and sweet bits of relief. It’s not just a great animated movie. It’s simply a great movie.

Kubo and the Two Strings opens on August 19, 2016. It is rated PG. There is scary, ghostlike imagery, a child in peril, and some complicated family dynamics. Make sure you stay during the credits for a peek into how they created one of the most memorable scenes.