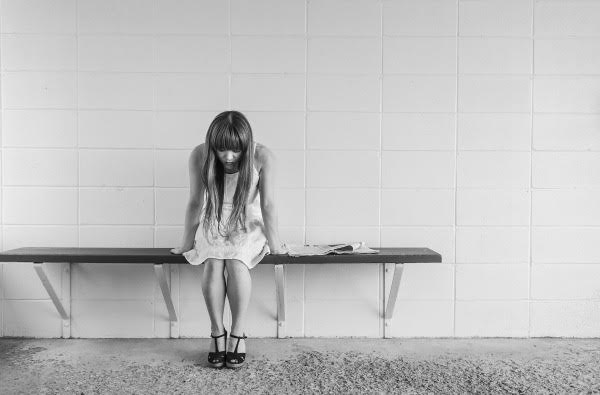 It’s hard to believe that the beginning of the school year is around the corner here in Colorado.  And with that comes many things I’m looking forward to.

Did I mention a quiet house?

But it also comes with things I’m not so fond of: Purchasing school supplies like paper and electricity for schools with ever-shrinking budgets. Arguing with my daughters about what shorts are appropriate to wear to school and what should not be worn outside of their bedrooms. Going “shopping for clothes” under my son’s bed. Finding out that I forgot to clean out their lunch boxes from last year.

And, of course, the drama.

Sure, we’ve experienced a little here and there over the summer, but it really increases once the kids are back in school.  With children who span elementary school through high school, I get to experience it all – from the “she didn’t invite me to her birthday party” to “I’m trying to stay away from that girl because bullies everyone on Instagram.”

But one of the most trying experiences I’ve had as a parent is the year depression went viral.  Yup.  You just think it’s not contagious, but get a group of teenage girls (and sometimes boys) in one room together for a late-night sleepover and you’ll be surprised at what they pick up.

What has been shocking to me as a parent (and something I don’t remember from my own teen years) is how depression has become the “in” thing; having serious mental issues is “awesome” and threatening personal bodily harm is what all the cool kids are doing.

Fortunately I have a daughter who seems to march to the beat of her own drum (which I am thankful for in this case) and who seemed completely unaware of what some of her closest friends were doing.

I was finding out from parents who would call and say, “Did you hear so-and-so did this? Her parents had to bring her to the hospital because they didn’t know what to do!” Then I’d talk to my daughter who would give me a blank look and say, “Huh?  I had no idea.”

But I watched the “depression bug” spread through her social circle like a bad cold; one kid would say “I’m sad” and the next thing you’d know six girls would be called into the counseling office because one girl threatened to cut herself.  It was the easiest way to get attention from your friends – but in this case in order to be “better” than everyone else…you had to be the most disturbed.

This article in Radical Parenting puts it so well:

It’s like we’re all glamorizing the ideas that there are problems inside some people’s brains that cause extremely serious and life threatening problems. No one really grasps the concept that having a disorder is a bad thing and you shouldn’t want one. I never hear anyone around school saying, “Life is good.” It’s always “life sucks,” or “I hate everything.” Being normal or happy is almost boring to some people, so they create something to make sure they aren’t “boring.”

The episodes these kids experienced turned families upside-down and affected everyone around them. As a parent, I felt helpless right along with the other parents of these girls (and sometimes boys).  After all…you don’t want to argue with a teenager.  All it would take is for you to dismiss them and say, “Oh, you’re not depressed” and they might prove you wrong just because they’re angry.

I was gearing myself up for years of this, thinking this is what modern-day teenagering is; constantly looking at my daughter for signs that she might be catching the bug and wondering what I would do if she did.  Again, she seemed somewhat unaffected by this other than dealing with the friends who seemed to be carriers.  But I was scared that at some point she would see some sort of benefit to embracing this lifestyle.

Then one day we were riding in the car and she said, “You know, Mom.  I don’t think most of my friends understand the difference between being sad and being depressed.”

I looked at her in surprise. “That’s probably true.  Do you?”

“I think so.  Depressed is when you can’t be happy at all. Sad is just when you have a bad day or something.”

“That’s a good way of putting it. Do you ever feel like you’re really depressed?”

“No,” she said. She thought for a minute. “And I don’t think most of my friends do either. They just think it’s cool to say it.”

“What do you think?”

Catherine Tidd is the author of Confessions of a Mediocre Widow.  You can find more of her writing by visiting her blogs Yes, You’re Crazy and Widow Chick.