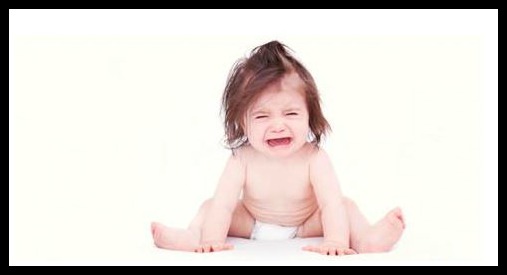 4 tips for dealing with toddler tantrums

Raising children is tough, especially during a toddler tantrum.  Parents want to minimize the likelihood of these emotional meltdowns and avoid tantrums caused by hunger, over-tiredness or frustration. Even with different parenting styles, tantrums are a normal part of development and preventing tantrums is not going to eliminate them.

Just because toddlers throw tantrums doesn’t mean they’re problem children or spoiled children. They’re normal kids coping with difficult emotions.  Naturally you should stop toddlers hitting or hurting others, but their frustrations are real.  They’re expressing themselves with a limited range of self-control.

Kids in the House shares 4 things to help you both get through tantrums together:

1. Keep Your Emotions In Check During A Tantrum

The best thing you can do when your child is having a temper tantrum is stay calm.  Unfortunately, often unconsciously, parent’s minds can get the best of them, because they experience their child’s emotions through mirror neurons.

“When our child is feeling out of control and full of rage, we start feeling that as well,” says psychotherapist and author Dr. Tina Payne Bryson. “Our nervous systems are captive and connected to one another.”

Don’t escalate the tantrum by shouting, “Calm down!” But you don’t want to be too calm yourself, either – your child will feel ignored.  That makes frustrations even worse.

“Say, “Oh, you’re so mad. Well, I’m feeling kind of frustrated too,’” Bryson says.  An upset child appreciates your empathy and will respond to it.

2. Know the Benefits of Tantrums

If you’re a parent who’s recently experienced a toddler tantrum, It’s hard to believe tantrums do have benefits.

“Tantrums are an opportunity for children to learn how to soothe themselves when they’re upset or distressed,” says child psychiatrist and author Dr. Joshua Sparrow.  “That’s an important skill they’ll need for the rest of their lives.”

Crying tantrums also release stress because tears release cortisol, the stress hormone. Too much stress can cause damage to the brain and internal organs.  Releasing negative feelings is healthy and feels good (which is why most kids bounce back so fast after a tantrum).

A child in a tantrum is experiencing a storm of emotions they can’t control. Punishing tantrums only makes them worse.

“Once the tantrum the child is past a certain point of upset, the most important thing is for you both to survive the tantrum, ”says family psychologist John Grienenberger. “Don’t introduce something that’s going to be even more humiliating.  Wait until later if you need to add a consequence.”

Support your child through a tantrum, saying as little as possible — when they’re in that state of upset and loss of balance, they can’t hear you anyway.

Acknowledge their feelings. Tell them you see they’re upset and you understand why: “You’re really upset because you can’t have the cookie.”Then wait it out.

“Let the tantrum run its course,” says parent educator and author Betsy Brown Braun. “Later you can talk about it. ‘You were really upset. You didn’t like it when mommy said you couldn’t throw your toy, and you had a big fuss. Now you’re fine.’”