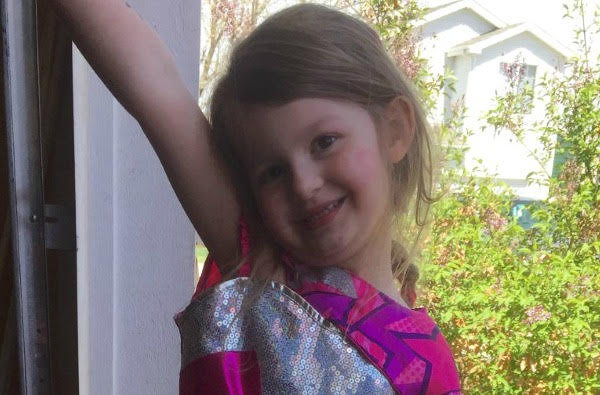 Motherhood—the Biggest Secret Nobody Ever Told Me

We all have those little nuggets of wisdom that have been handed down from one mother to the would-be mother. Things like sleep when the baby sleeps. Your kids won’t remember when you didn’t load the dishwasher or start a load of laundry as long as you spend time with them (which is a little bit true, but once your child becomes a teenager and doesn’t have clean underwear, he will NEVER let you forget about the time you sent him to school commando…but now I digress). All the platitudes and sage words of advice from people who have been there, done that, are kept close and unwrapped like little treasures when we need an excuse to not make dinner and opt instead for a handful of stale croutons and jelly slathered on saltines. There is one thing that nobody ever told me, though, as I approached motherhood for the first (the subsequent second and third times): 90% of your waking moments will be spent preparing food that might or might not get eaten. The other 10% is spent thinking about food. No lie!

My three chickens have been out of school for almost a month now. During the school year, my days were comprised of preparing breakfast, packing snacks and lunches, and then making dinner. Summertime, however, presents a whole new voracious appetite on the part of my children—both literally and figuratively. We eat well, for the most part. I read labels and try hard not to ply my children with too much sugar, too much dye, too many preservatives, too much flavor. Well that last part is a joke. Sort of. During the summer, my sweet little schedule of meal prep seems to have been discarded in the trash along with the kids’ half-empty bottles of glue and broken pencils from the school year. Instead, my schedule looks something like this:

7:05 am—middle child asks me to make him a bowl of cereal.

7:07 am—middle child accidentally dumps entire bowl of cereal onto the table, his underwear, the chair, the floor, and the dog. Announces that I don’t need to clean it up because the dog ate the cereal and is licking the milk from the floor.

7:09 am—pours  a second bowl of cereal for middle child and reminds him “DO NOT SPILL!!”

7:10 am—daughter announces she is starving to death and if she does not eat soon she will literally die.

7:12 am—middle child asks for more cereal because there was too much milk in the bowl.

7:12 am—daughter throws herself onto the floor groaning and moaning that she is literally dying AS WE SPEAK.

7:12 am—ask daughter to finish her breakfast from earlier only to be informed that she left it on the table and the dog ate it.

7:13 am—daughter takes one bite of cereal and announces she is stuffed.

7:15 am—middle child has finished his cereal, asks for a snack, then asks when I will be making lunch.

7:20 am—daughter asks for a banana because her brother had one.

7:22 am-8:00 am—argue with daughter about how she can’t have a banana because she didn’t finish her cereal. After 45 minutes, she decides she is so hungry she will die again, and finally concedes to eating her cereal.

8:00 am—daughter spills bowl of cereal onto the table, her clothes, and the floor. Dog eats cereal, daughter cries.

8:05 am—middle child asks how much longer until lunch.

8:10 am—middle child asks how much longer until lunch.

8:11 am—cut up apples for son and daughter and let them know they are NOT TO ASK ME FOR ANYTHING ELSE TO EAT UNTIL LUNCHTIME!!!

9:00 am—oldest child wakes up and asks me to make him breakfast.

9:11 am—daughter and middle child ask why they can’t have something to eat because their brother is eating something.

9:12 am—snip tops off of Gogurts and hand them to my youngest kids saying, “THIS IS REALLY IT UNTIL LUNCH!”

10:00 am—middle child asks how much longer until lunch.

10:00 am—daughter begins moaning and groaning that she is literally DYING of starvation.

10:00 am—lock myself in the bathroom and cry for an hour.

11:05-11:30 am—prepare healthy sandwiches made with fresh meats and cheeses, thick slices of summer vine-ripened tomatoes sprinkled with kosher salt and a dash of pepper and garnished with just a thin smear of mayo and mustard. Artfully sliced diagonally, crusts removed, and placed on BPA-free plates with fresh fruit and a handful of potato chips.

11:31 am—daughter reminds me she likes her sandwiches cut in half length-wise and she cannot eat the sandwich I have made her. Middle child tells me he hates yellow cheese and only likes white cheese. Oldest child devours his sandwich and his siblings’ sandwiches and asks me to make him another one.

11:32 am-12:00 pm—remake younger children’s sandwiches according to their specifications. Middle child tells me he likes yellow cheese after all, and that’s what he wants on his sandwich. Daughter informs me that I put too much mustard on her sandwich. I tell them both if they do not eat what I put in front of them, they will not have anything to eat at all. Both children comply.

12:16 pm—at this point I am done preparing healthy, satisfying meals. I tell them “I don’t care”. Children raid pantry for the next several hours between lunch and dinner knowing that as soon as they ask me for something else to eat, I will numbingly reply, “I DON’T CARE!!”

4:01 pm—all three children ask me how long until dinner.

4:05 pm—Calmly but firmly tell my sweet little munchkins that the next person to ask me what’s for dinner or how long until dinner will be eating a can of dog food outside on the back porch by themselves and dinner will be what I make and it will be ready when it is ready. Children hide until they are called downstairs for dinner.

6:02 pm—daughter takes two bites and declares she is full. Middle child whines that he hates vegetables and he doesn’t want to eat them. Oldest child eats everything on his plate and asks for seconds.

6:03 pm—daughter insists that she will DIE if she takes one more bite. Middle child puts head down on table and pushes his vegetables around, takes one small bite and gags, reaches for glass of milk, knocks it over.

6:03 pm—middle child jumps up to find something to mop up milk and knocks entire plate onto floor. Dog eats entire contents of his plate. He declares he was full anyway, so he doesn’t want any more. Daughter asks if she can stop eating. Oldest asks if we have dessert.

6:04 pm—all three children ask for dessert. Daughter cries because she can’t have dessert until she finishes her dinner. Middle child says he is getting hungry again since he didn’t eat very much before the dog ate his food. Oldest child asks if he can have his siblings’ desserts since they didn’t eat their dinners.

6:15 pm—toss an open, stale pack of Oreos into the middle of the table and tell everybody to have at it.

6:16 pm—break up fight because the oldest got three more cookies than everybody else.

7:00 pm—I lose my God-forsaken mind in such a way that the children finally realize that asking about food for the next few minutes will mean instant death.

8:00 pm—daughter goes to bed and asks for her “midnight snack”.

8:01 pm—Prepare her nightly snack of apple slices, cut into 12 slices, cores and seeds removed, placed into a plastic baggie.

8:02 pm—middle child emerges from hiding asking for his midnight snack.

8:02 pm—I lose my God-forsaken mind and tell everybody in the house to get whatever it is they want to eat and that is IT until breakfast tomorrow!!!

8:03 pm—husband asks if we have anything gummy or sour to snack on.

Mother Theresa said, “If you can’t feed 100 people, then feed just one”. She obviously doesn’t know what it’s like to try to feed just one child, especially a child who is home for summer vacation. I honestly wish that before my first child was born, somebody had warned me that trying to keep the three kids fed would be what I spend the greatest amount of time doing throughout the day. It wouldn’t have necessarily changed my mind about having kids. But maybe instead of setting up college funds for my children when they were born, I would have invested in truckloads of fruit snacks and Twinkies. And maybe, just maybe, I would have a better excuse for not doing that load of laundry—like maybe because I really just didn’t feel like it.

Rachael is a mom of three who is originally from the suburbs of Chicago but now lives in Brighton.  She enjoys showering without an audience and waiting until her kids are in bed before opening the “good snacks.” She has been married to her husband for 13 years.