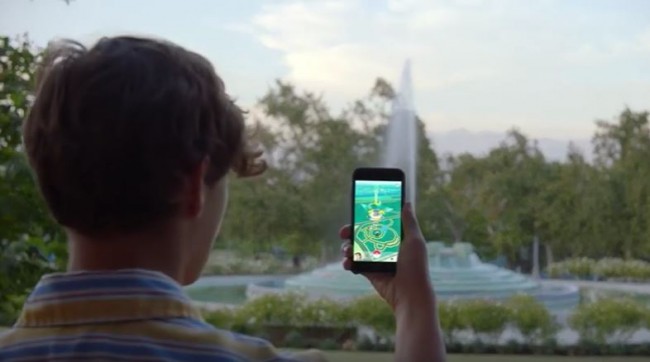 Apparently I’ve been living under a rock…or an egg because my friend was the first to tell me about her teen’s new obsession that is sweeping the nation and world!  Recently launched in the U.S., Pokémon GO travels between the real world and the virtual world for iPhone and Android devices. Strange as it may sound, Niantic’s Real World Gaming Platform will get your kids outside and exploring, using real locations to encourage players to search far and wide in the real world to discover Pokémon. Pokémon GO allows you to find and catch more than a hundred species of Pokémon as you explore your surroundings.

Pokémon GO lets players catch the monsters in the “real” world. Players’ physical locations are tracked, and when they are nearby a Pokémon, they’re free to catch it by playing a simple mini game. Points of interest become item-granting “Pokéstops” or player-battling gyms, while a pedometer feature lets players incubate and then hatch eggs, for yet more Pokémon.

It’s simple, yet compelling, and all monetised through in-app purchases (players can pay for more Pokéballs, letting them catch more Pokémon, for more bag space and more incubators, and for items to heal and revive hurt Pokémon). As a result, the game is at the top of the free iOS apps charts in the US and Australia, where it has already been released.

Now’s your chance to discover and capture the Pokémon all around you—so put your shoes on, step outside, and explore the world with Pokémon GO. You’ll join one of three teams and battle for the prestige and ownership of Gyms with your Pokémon at your side!