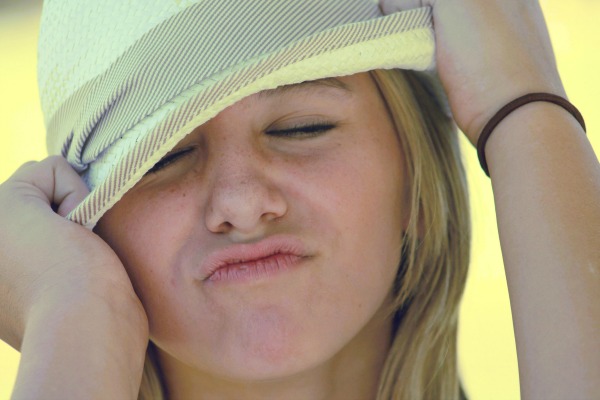 How to Deal with Mean Girls: Part I

A lot of effort has gone into shining a light on the troublesome topic of mean girls. But just when I begin to feel hopeful that the tween years might begin to look less treacherous, I hear a story from friends or see a story on the news, and then I’m discouraged all over again. How many times have we talked about how awful girls can be to one another, how to make sure you don’t raise a mean girl, and how to handle those your daughter deals with. As with other social issues, it can feel overwhelming to take on the entire problem.

Focusing on one child and one parent at a time, I still hold out hope that we can make the world a better place for our daughters. The topic of mean girls can be complex, but I believe there’s really four big things we need to concentrate on. We’ll look at the first two in Part I, and the last two in Part II.

Empathy. I like to come at this from a brain perspective, I think it helps us to understand why girls’ can act the way that they do. It’s not enough to say “be kind,” it’s much more complicated than that. There are two types of empathy – affective empathy and cognitive empathy. Affective empathy is the ability to recognize and respond to the feelings of others, and even young girls tend to have this in decent supply. This explains why if someone is crying or visibly upset, girls are likely to quickly become aware and respond. This part of empathy isn’t really the problem. Cognitive empathy is the ability to understand the perspective of others, and this is not a skill in abundant supply at this age. So cognitive empathy is where we need to focus.

Imagine this scenario: Your tween daughter goes to the neighborhood pool with friends, and other girls from her class are there. As they all prepare to get in the water, Sarah looks at Ashley and says loudly “oh my gosh, that swimsuit looks like something my little sister would pick out, it’s SO babyish!” Ashley fidgets and forces a laugh, and mumbles something about how she hates it, too and is totally going to the mall the next week to get a new one. The girls around them either snicker and giggle or become uncomfortable but say nothing. Later, you ask your daughter if she thinks Ashley is okay after that incident. She says “yeah, I don’t think it bothered her, she was laughing!”

Had this happened, you would probably wonder how your daughter could possibly think Ashley was ok. Doesn’t she see that if it were her in the same situation she would be embarrassed and upset? I’m sure you can think of times where you’ve seen a disconnect between how your child would have felt in a situation and how she perceived the situation when it happened to someone else. It can be frustrating to know that your child is intelligent but can’t seem to grasp something that appears so obvious to us. This is cognitive empathy. While being patient with your daughter and her developing brain, use situations like these as tools to strengthen this skill. Ask questions like:

“You loved the swimsuit you wore today, what if Sarah had told you that her grandma wears the same one and everyone laughed? I know you would pretend to be okay, but inside you’d be upset. Do you think that Ashley felt the same way?”

“Do you think Ashley will keep that suit or will she ask to get a new one? Either way, do you think she’ll be nervous to go swimming again – worrying what people might say?”

“What options did Ashley have to respond to this situation? If she didn’t feel comfortable telling Sarah that she wasn’t being nice, or confident enough to just say she liked her suit and move on, what else could she do? She wouldn’t want to cry in front of everyone, right? So she sort of had to pretend it was no big deal.”

“Let’s assume that Ashley was upset, but didn’t want to show it. What could you have said to ease her embarrassment? Wouldn’t it be nice to say something even if you aren’t sure she is upset – just in case?”

Cognitive empathy is a skill that comes with time, what seems so obvious to us isn’t always apparent to tweens. Find opportunities to ask questions about situations that get her to see different perspectives. I love the questions that make you wonder what happened later – “what happened when that girl went home,” “what might she be nervous about the next day,” “if you could re-write that scene, how would you change it?” Don’t just ask “how would you feel in that situation,” dig deeper.

The bystander. I hope by now, everyone is aware that the biggest deterrent for bullying and mean girls are the bystanders. I taught my daughter early on that if you see a situation where someone is being mean to someone else it’s never ‘if’ you will do something, but ‘what’ you will do. Doing nothing is NEVER an option. We role play scenarios and she comes up with ways that she could intervene. But here’s the key: you need to work with your daughter’s personality. Is she shy? Then asking her to boldly and loudly speak up is not realistic. But she could walk up to a girl being picked on at lunch and say “Mrs. Brown asked me to get you for her, she needs to see you.” And then as they are walking away, quietly tell the girl “she doesn’t really want to see you, you just didn’t look like you wanted to be there anymore.” If she is really uncomfortable, or it’s a big crowd, she could always get a teacher or other adult.

The point is that we need to emphasize that being a bystander is never okay – there is always something she can do. And this habit kids have of witnessing something and pulling out their phones to videotape it? Don’t even get me started, it’s disgusting. Let her know that while it’s tempting to be the one who captures the drama, it is unacceptable. This would be an offense of the highest order in our house.

Learning empathy and how to never be a bystander can make a profound difference, and they can last a lifetime, but they take time to develop. Look at both of these concepts in your daughter’s life, and take stock of where her strengths are, and where some attention should be focused. Just when you’ve taken these in, don’t miss Mean Girls: Part II with the last two concepts!

Debi Smith-Racanelli has two advanced degrees in Psychology, and is a passionate advocate of parenting education. Her book “Between Baby Dolls and Boyfriends” addresses all aspects of raising tween girls using wit and wisdom. Connect with Debi at www.betweenbabydollsandboyfriends.com or on Twitter @debijsr