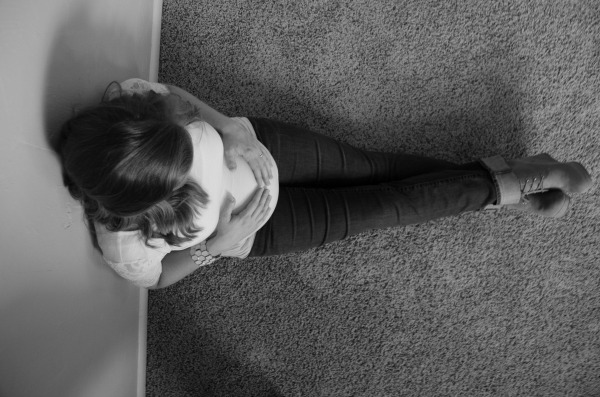 We had several entries for our Mother’s Day contest that talked about hero moms but none quite like Meghan Dougherty. She nominated not one, but five women. And why shouldn’t she? We are surrounded by mom heroes every day!

“Running the last of the Magnesium to get all my levels up before getting on a plane to watch my baby girl in her first attempt to win the Summit in Orlando Florida. Next week I’m back for my long Chemo.” This is the kind of Mom Nicole Tillotson Capra is. She if fighting cancer for the second time. First in her breast five years ago and now it’s spread. Still, she does everything in her power to be there for her kids sporting events and important life moments. Because she’s a fighter. She was raising her three kids and playing roller derby when she was diagnosed the first time. With a busy family life she retired from derby when she was hit a second time. She has a long fight in front of her and deserves every bit of pampering she can get.

My mother-in-law raised 10 kids by herself. She divorced her husband and moved from Chicago to Denver and all 10 kids moved with her. She held three jobs to help get by. Her husband got remarried and lived a middle class life with his new family, with no money going back to Lillian Jordan. Just 80 this past year, Lillian was struggling with some dental issues. She stopped going to church. She just got her teeth fixed and is ready to see the world. She’s always been a giant supporter of mine, and I have tremendous respect for her. She’s the type of Mom where all her kids’ friends think of her as their mother too. She deserves a special day of pampering for all she’s done for everyone in her life.

My sister-in-law is a caretaker. As one of 10 kids, with her mom working three jobs to take care of everybody after their divorce, she was a Mom when she wasn’t supposed to be. Unable work because of a skin problem she is always there for everyone who needs something, even to this day. She has one child, and even on Medicaid, she will send money to her now 30-year-old child when she needs it. She lives day to day, but is always there for her friends and family and deserves a little pampering. I nominate my sister in law, Van Jordan.

My step Mom lives in Hibbing, MN, but since the winners can live anywhere I’m nominating her. At 22 she married her boss, when she was 26 her husband died in a car accident and she was left with two kids and two step kids, all half siblings. She was reintroduced to a man who recently lost his wife (my Dad), and within a year they were married when she was 30. He had eight children, so at 30, she had 12 kids, only two biological. She has beaten cancer and depression twice. With rheumatoid arthritis she is in a lot of pain and as someone who is always glamorous she recently suffered from alopecia. No matter what though, through it all, she’s a Mom to everyone. At 9-years old, when my Dad remarried, I had no idea how lucky I would be. She’s an example to all Moms so I nominate Mary Kay Dougherty.

She’s had rheumatoid arthritis since she was one and a half. She’s had multiple surgeries on her hands and has taken every kind of drug imaginable her whole life. She’s my step sister Michelle Dyson. When she moved into our house after my Dad and her Mom were married, I could hear her crying in the night. She was always in pain. I used to sometimes slug her arm in jest, only to have her break down in tears. She felt her best twice in life, when she was pregnant with her two kids, when her arthritis went into remission. She was not even supposed to have kids, but she has two miracle babies, now 9 and 6. They run her ragged, but she places their life, fun and well-being above her own health and pain almost to a fault. Two years ago she somehow got a brain infection, became neutropenic and nearly died. She had to stop taking her Methotrexate, the one drug that made her feel good. When I talk to her she says when I ask her how she is, “well, my health is *#$ier than ever, but I’m great.” She is my sister Michelle Anderson and my mom hero.