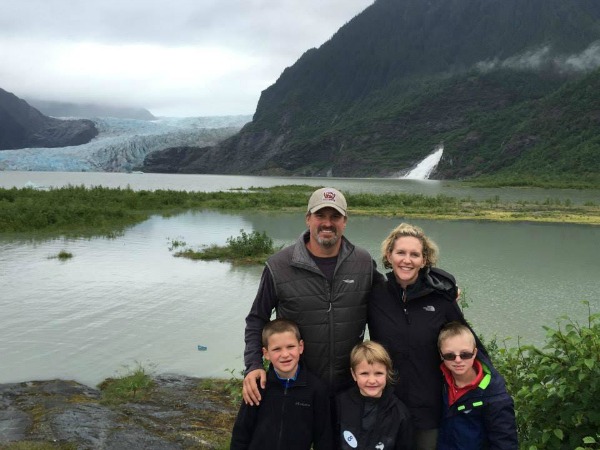 Motherhood: Would I Have Her Strength?

In honor of Mother’s Day, we will be featuring your motherhood essays of women you admire in our “Hero Mom” series.” For the Grand Prize winner, we’ll send them BOTH to Allure Skincare and Lash, True Bliss Massage AND Rooted in Tradition Acupuncture.

I met Rebecca early 2008. I don’t remember the details, as we have not become friends till much later on. My memories upon meeting her for the first time are vague, a beautiful, cool, smart and busy business woman, about my age, with two (now three) little kids.

I knew she had a child with Down syndrome, because I was working in that arena. But Rebecca never made a big fuss about it. There was never a dramatic sense of doom or pity, but a contagious sense of happiness, love and making sure her child is as normal as possible. There was no special treatment for Guion at home, or at school. He still goes to public schools, plays with typical kids and is, by all means, a very typical child.

Rebecca made sure her family, her friends, and anyone coming in contact with her family understood Guion, despite his appearance, is and should be treated normally.

So Rebecca set out to write a beautiful children’s book, “Guion The Lion:-A colorful journey.” The book is about Guion, a good-hearted lion, who sets out on a journey to change the world from a mono chromatic world into a colorful one. He is helped along the way by various animals. The metaphor of the book was not lost on us. A world without diversity, without kids like Guion, would lose its colors and meaning.  Rebecca hopes people would go past Guion’s physical appearance and give themselves a chance to meet Guion.

Rebecca would often be honest about her feeling upon learning, nine years ago, that her first born, Guion, had Down syndrome. She talks about feeling scared, worried, confused about his future.  She and her husband, Mac (who now heads the Rocky Mountain Down Syndrome Association), set out to find out all there is about the condition and how they can make the best life for Guion. Together, they set out to change stereotypes and stigma, and work tirelessly to make the world a better place for children like Guion.

I often ask myself how would I have reacted, had I learned from the doctor my kid had Down syndrome. While I don’t doubt my husband and I would love them just as much as anyone can love their child, I always wonder if I would have the optimism, the determination, the drive and the patience to deal with the world as they see my child. I honestly don’t know if I would be as strong as Rebecca is.

While she is not alone in this journey (there are an estimated 400,000 people living with Down syndrome in the US and six million worldwide), Rebecca is making her own mark, one person and one book at a time.

So this year, as the U.S. is celebrating  Mother’s Day, I celebrate all the Rebeccas working hard to make our world a better place for us and our children.

Anca is a Romanian-American, Chinese language double-major (it is true). PR professional from Littleton.  She is married with two kids, Matei (ten) and Ella (seven-going-on-15). Being told quite often by the said seven-going-on-15 year old that she will be FIRED (“fired” do you hear me??) from her job as a mom, Anca often takes it to writing to express the joys of parenthood. Which are often enhanced by the Malbec.