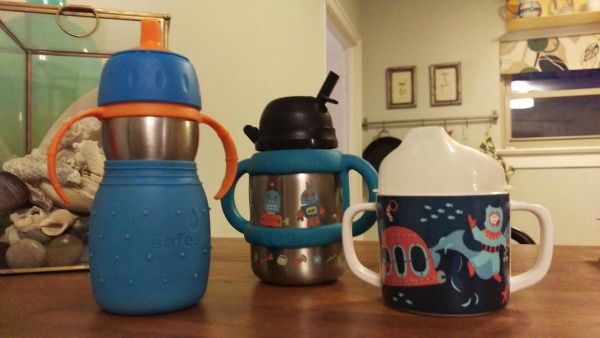 Humor: Are You My Mama?

I was very proud of myself. That should have been the first hint that things would go terribly wrong.

My son took to nursing fairly easily. Something that I was super wary about turned into this lovely bonding time for us. You know, the sort of softly-lit, angelically-smiling, inspirational post you’d see on Facebook. There’d be some sort of saying at the bottom of the post … Mamas are their first comfort or some such crap.

Around ten months (I think? That first year is all very blurry and fever-dream-esque) my son said his first word: Mama. And I was proud. So proud. We’d formed a real bond, he and I! Being there for him to nurse every three hours around the clock really meant something. I was, in a word, amazing. A wonderful mother, perhaps the best mother ever. I ate a million donuts in triumph, and because I was breastfeeding I miraculously didn’t gain a pound.

Then, at thirteen months, he weaned. The first thing that happened is those million triumphal donuts that had apparently been lurking inside me turned into a million non-triumphal pounds.

And Mama? His first word that he so lovingly called me all the time? Yeah … turns out, that didn’t actually mean me. I mean, I guess it kind of did. Mama, it transpired, meant liquid. The liquid I had provided for him no matter how tired or annoyed or harried I was. I was nothing but a food-source for him.

As soon as he weaned, Mama became his water bottle. Seriously. I was replaced by a water bottle. My worth to my son is apparently about $3.97. He is now twenty months, and his water bottle is still Mama. And me? Nameless. I’m just some lady who lives in his house and forces him to change diapers. In a real twist of the knife, he happily says Dada all day, even though I’m fairly sure the number of times my husband nursed our son is zero.

Pride has turned to jealousy for a water bottle. What has motherhood done to me?

In all seriousness though, I loved—and miss!—nursing, my son is communicating, and I no longer wear bras that sport removable panels. Now if you’ll excuse me, I have to go plot revenge on an inanimate object.

Jenny lives in Denver with her husband, son, and two fat tabbies. She’s a mom by day, a writer by night, and a traveler whenever she gets the chance. Follow her on her blog or on Twitter.