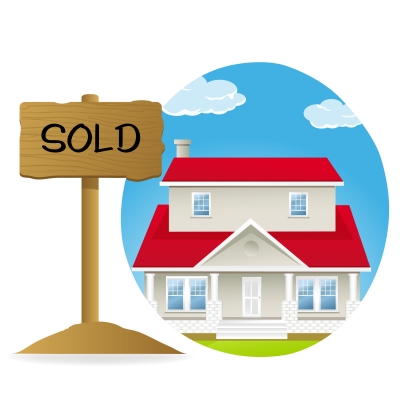 On the one hand, I am constantly rearranging my furniture, trying new eye shadow, and if I could get a new car every month (so I wouldn’t have to clean the one I have) I would probably do it.

But permanent change…that’s another beast entirely.

I actually haven’t been through many permanent changes in my life, but I’ve had one that has made up for all of the little ones I never had to experience; the death of my husband over eight years ago.

Up until that point, my life was pretty predictable and I liked it that way. I’d always envied my friends who traveled or changed jobs or took risks in general, but never enough to start doing it myself. I liked my schedule. I thrived on routine. Packing up and going someplace new for three weeks didn’t sound as relaxing as just sitting in my bed and binge-watching Law & Order. Overall, I liked knowing what to expect.

And then the unexpected happened.

I’ve spent the last eight years trying to get back to that routine and the normal I once had. Even though I’ve preached to other widow(er)s that it’s impossible to put the pieces of your life back together when the pieces have all changed, I was never very good at walking that walk.

Sheesh. What an idiot I’ve been.

Around Christmas of last year, I started seriously thinking about moving. I’d been in my house for twelve years, eight of those without my husband. It was home and being the homebody that I am, it was my anchor.

I’d thought about moving just months after he died, but that saying “don’t make big decisions for a full year after your spouse’s death” replayed in my mind over and over again. And then the year was up and by then I’d gotten back to somewhat of a routine, fitting my life around the house we were already in.

Could I do this? Could I move away from not just a house, but my home?

Well, it turns out I could.

I actually have the frustrating situation that was going on with my former school district (which will remain nameless) to thank for it. I think if I hadn’t spent the last few years, watching its decline and feeling frustrated at what appeared to be the powerlessness of my situation…I’d probably still be there.

But that was the final straw. I realized that if I was going to move, I would have to do it now, before my oldest started high school, making this the smoothest transition possible for the kids.

And so in the spring, I watched as the “for sale” sign went up in my yard, feeling an overwhelming anxiety about what I was about to do…along with the excitement of what was to come.

Moving is stressful for anyone, but adding the trauma of going through and deciding what to do with all of your late spouse’s things is nothing short of excruciating. I’d had several big purges in the years prior, but never one like this. I looked at my husband’s stuff with more of a detached eye, reminding myself that the next place would be mine and did I really want three mufflers in my garage?

(The answer to that would be no.)

There were, of course, things that I kept but for the most part I wanted to move into this new home and give myself the freshest start possible. And that meant crying every night over what I was letting go of.

Moving day came and went. We painted the interior of the new house, each kid picking the color they wanted for their rooms (the lavender in my daughter’s is cheerful and blinding). We adopted the dog I promised the kids we would get after we moved (my sneaky little bribe). The kids started their new schools with hardly a hiccup and one night I was lying in bed, staring at the ceiling, and this tremendous feeling came over me.

For weeks, I’d been waiting for the breakdown that I suddenly realized wasn’t coming. I don’t think I knew how unhappy I’d been until I felt this pure joy that was my new life. All the times before, when I thought I was starting a new chapter…I really wasn’t. This was all new, completely different. And it was amazing.

I had no idea how tethered I was to that old house. It was wonderful in so many ways but as my anchor, I think it was actually sinking me by keeping me in place. Even during the good times – having parties on the back porch, opening presents under the Christmas tree that had been in the same place for 12 years – there was a little part of  that wasn’t letting go of the past enough to really embrace the future.

Now, everything has to be different. The tree will be someplace new, the stockings hung on a different mantel. During dinner parties, I’m not remembering previous events held on the old porch, feeling sad that things couldn’t be the same. I don’t wake up in the morning seeing where my husband gave me his final kiss goodbye the day I lost him.

It’s all so completely new.

Catherine Tidd is the author of CONFESSIONS OF A MEDIOCRE WIDOW and the owner of www.thewiddahood.com. Find more of her writing at http://widowchick.blogspot.com/.