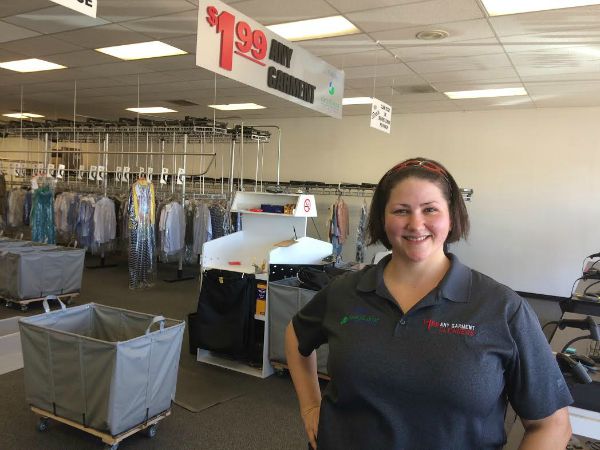 It’s no secret that parents are becoming increasingly sensitive to environmental concerns. In fact, in a 2014 National Environment Education Foundation study, 60 percent of adults said they keep up with environmental news and 53 percent now consider a cleaning product’s impact on the environment in their purchasing decisions.

However, while parents often pay close attention to the cleaning chemicals they bring into their homes, many don’t consider the environment when they take their family’s clothes to the dry cleaner—but they should.

Tetrachloroethylene (also known as perchloroethylene or “perc”) is the predominant chemical solvent used in dry cleaning. According to the U.S. Environmental Protection Agency, perc is a toxic chemical with both human health and environmental concerns. Perc can contaminate the air, water and ground during the cleaning, purification, and waste disposal phases of dry cleaning and is known to be toxic to plants. 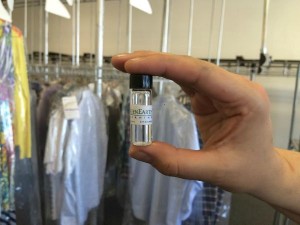 But now Denver-based consumers concerned about harsh chemicals used in dry cleaning have a new alternative. $1.99 Any Garment Cleaners has opened at 4018 S. Parker Rd. in Aurora at the intersection of Parker Road and Quincy. This is the first of several planned metro-Denver locations for this new concept, which is increasingly finding favor with consumers across the country. The company uses liquefied sand, or silicone, as its cleaning solvent rather than traditional dry cleaning chemicals and offers cleaning services at the same low-cost price for any garment.

“Our process uses liquefied sand, or silicone, which is non toxic, much less harsh on clothing and breaks down to what basically amounts to sand,” said Michelle Lange, owner of the new location in Aurora. “Yet, it does an amazing and equally effective job of cleaning as the much-harsher chemicals used at most dry cleaners. Since silicone is odorless, there’s no chemical smell left behind on clothes.”

Unlike traditional dry cleaners, $1.99 Any Garment Cleaners doesn’t charge higher prices for garments based on size or complexity. Every garment, from a pair of slacks to a suit jacket or even a wedding gown costs the same $1.99 price per garment to clean. It’s a pricing model based on volume, Lange said, but it’s also based on what occurs during the cleaning process.

“Other dry cleaners won’t tell you, but they use the exact same process on every garment,” Lange explained. “So it’s interesting that there’s such a difference in what they charge for individual garments. Our pricing allows money-crunched families to take advantage of dry cleaning more often with more clothes, and use an environmentally safe process as well.”

The Aurora store is the first of several $1.99 Any Garment Cleaners locations planned for the Denver metro area and the first to combine environmental cleaning with the discount dry cleaning concept.

“I’m so proud to be a part of this new approach to dry cleaning. We like to call it ‘going green while saving green.’” said Lange. “It’s amazing how little most people know about the chemicals used in traditional dry cleaning, especially when people are spending so much money on it. We’re changing the entire equation with our concept.”

$1.99 Any Garment Cleaners will hold a Grand Opening event on Saturday, Aug. 1 beginning at 10 a.m. All customers will receive a coupon for complimentary cleaning of five garments and there will be giveaways for tickets to the upcoming Dave Matthews Band concert, as well as opportunities to win free passes to the nearby 24 Hour Fitness. In addition, Aurora Animal Shelter will be onsite with pets available for adoption. For more information, call 303-680-1404 or visit www.cleangreendenver.com. In partnership with Mile High Mamas.