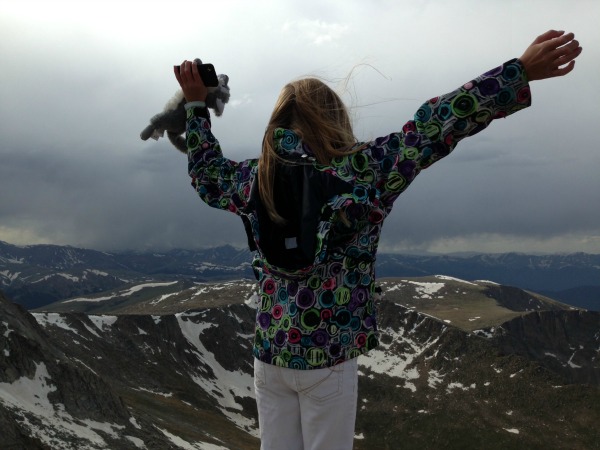 When my daughter was in second grade, I saw early signs that my bright, creative, adventurous and fun girl was struggling in a traditional classroom.  The following year, a friend told me about a Waldorf-inspired charter school that had opened in our area so we made a switch to their arts-based education. For the next two years, her art flourished, she learned handwork like knitting and weaving, she camped with her class multiple times, played the violin, spoke Spanish and made dear friends.

Through it all, she still struggled in her main academics so we hired a wonderful yet pricey tutor to supplement her education. We learned very quickly that we could do math flashcards until we were blue in the face because she simply could not learn that way. We needed someone who could teach her out-of-the-box because she was easily distracted and lacked focus. ADD, Auditory Processing and even Sensory Processing Disorder were discussed. I  repeatedly asked the school to observe her but I was constantly shut down and told I was overreacting. She wasn’t far enough behind to qualify for Special Education yet wasn’t at grade level. She was one of many kids falling between the cracks.

The only option they gave me was to get her professionally tested that cost $2,000–something our insurance did not cover and we couldn’t afford. We were stuck.

The bottom fell out last summer when the Governing Council ousted our visionary and capable principal, creating a ripple effect throughout the school as my daughter’s teacher–and others–left. In his place, a nice yet under-qualified new teacher was appointed and  the high-spirited class spent the entire year in chaos. Lack of discipline. No feedback. No assignments or in-class work were sent home until the parents complained–and then a barrage of ridiculous busywork ensued. He did not have effective teaching techniques because he was too overwhelmed with learning both the Colorado and Waldorf curricula. It was the Black Hole of Fifth Grade.

More than half the parents banded together to meet with the interim principal and Governing Council several times but our concerns fell on deaf ears. Six parents pulled their kids. When the principal announced this teacher would be looping with the class for sixth grade and beyond (and that most of us would be unable to transfer to the other class), many more left and I knew we had to be one of them.

I open-enrolled her in a popular Montessori but we didn’t get in. I turned to our local public school, which she attended K-2 and where my son still goes. It was my only option. Little did I know it would be the best.

I met with their new principal who immediately put an action plan in place and assigned her one of the school’s best teachers for sixth grade. She and I sat down and within a half hour, I had real, valuable tools I could implement at home–more help than I’d received all year. My daughter won’t even be in the class until next fall and already, this teacher has sent me emails, phone calls, resources and encouragements.

Next I met with the interventionist/Special Ed teacher and we scheduled a time to have my daughter tested and she then offered to tutor her–for free–this summer. But then came another game-changer:

“I’ve been thinking about everything you’ve told me about your daughter. I very strongly feel like she is a Visual-Spatial Child a.k.a. a Topsy-Turvy Kid.”

I’d heard of Auditory, Kinesthetic and Visual learners but not Visual-Spatial and there’s a reason. After some extensive Internet searches, there isn’t a lot of information about it.

Visual-spatial learners (VSLs) are often artists, inventors, builders, creators, musicians, computer gurus, visionaries and healers. These children have powerful right hemispheres and learn in multi-dimensional images, while most schools, most teachers and most curricula are a haven for left-hemispheric thinking (or auditory-sequential learners) for  children who think and learn in words, rather than images, and in a step-by-step fashion. Though visual-spatial students are often very bright, they don’t always find success in academic environments. They have the most incredible moments of discovery, invention and problem solving but the skills of managing a time schedule, organization or showing their work may elude them. They march to their own drummer and nothing you do will convince them to change..and why should you want to? If there were not visual-spatial learners among us we’d be without art and dance, without science and invention, without drama and choreography, without most of the things that make life beautiful.

She sent me  home with “Raising Topsy-Turvy Kids: Successfully Parenting Your Visual-Spatial Child” and it was like reading my daughter’s Book of Life. We’ve had years without answers and finally windows, doors and the entire universe have been opened to us. We’ve known she was a right-brained kid living in a left-brained world and our initial move to the Waldorf charter school was a good thing. Unfortunately, our weak teacher, ineffective leadership and lack of resources drove us away. If the situation improves (the school has already replaced the interim principal for next year), we’d consider returning,

Everything happens for a reason and though I’m not sure where my daughter will attend middle and high school, I strongly feel she is exactly where she needs to be for sixth grade. And as a parent who has been fighting for answers for so long, I’m so grateful to finally have them hiding in plain sight and for the amazing educators who are making this possible.