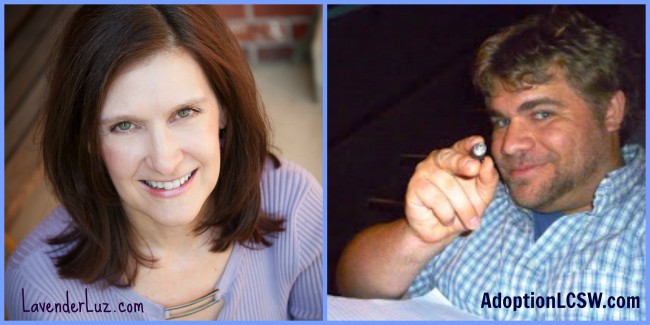 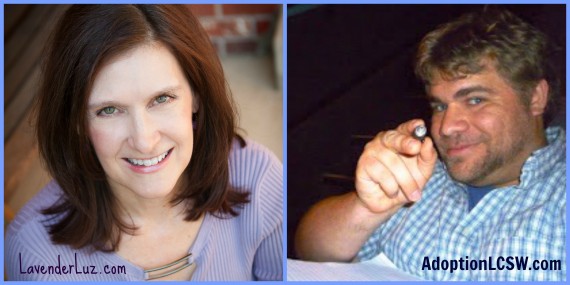 Addison Cooper: In addition to being an adoptive parent, a blogger, a writer, and a wife, you’re also a yoga practitioner. How does that impact your parenting?

Lori Holden: I started blogging the same month that I started doing yoga, so those two things met me in my early forties in a tough and physically exhausting stage of life — wrangling babies/toddlers. I started doing yoga because it was the only kind of exercise that ever stuck. I was never an athlete – I’d always found it difficult to be in my body, one that had failed me over and over again. I started going to yoga class for physical reasons – to combat creeping weight gain — but I continued for other reasons.

Yoga helps me find my core, my center, a place of stillness where I make better decisions for parenting, writing or whatever. It’s when I find my core, the part of myself that’s not influenced by other people’s opinions of me – including my children! — that I am able to best respond to whatever is in front of me. 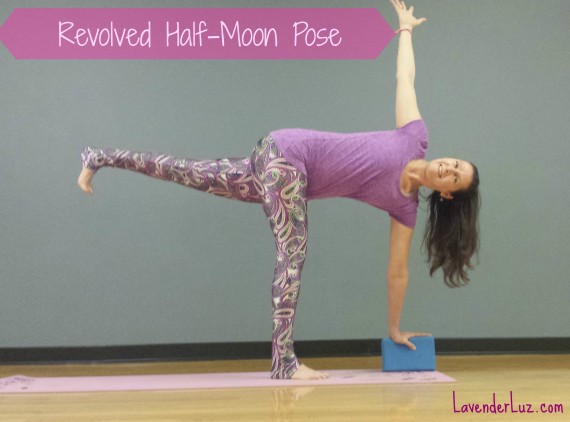 So, you’re able to come from a more self-assured place?

Yeah, comparatively speaking. I’d love to be able to show my kids how to continually “know thyself.” I waited until my 40s til I began to figure it out; I’m not sure I would have been receptive as a teenager. Yoga is really a way to train your mind, and to find stillness when things are chaotic around you. It’s a valuable skill, especially for parents of teenagers!

Let’s talk about fears. When you lead workshops and webinars around the country for adopting and adoptive parents, what fears about openness come up? What fears did you have about openness and how did you deal with them?

I was very much the typical pre-adoptive wannabe parent. I had been steeped in the way adoption had been done in the 1960s and 1970s – everyone was to act as if it weren’t adoption.

I knew people who had been adopted. They knew they were adopted, but they never talked about it and their parents never talked about it. Everyone was supposed to pretend that nothing had happened, that this was no different than the biological way of building a family. I think that the underlying mindset of this was, Either/Or, as in, “you can have only one set of parents, so we have to completely deny the other set.”  Adoptees were expected to give their adoptive parents their undivided loyalty and never wonder — or at least never let their parents know they wonder.

I had huge fears about birth parents prior to going through the adoption process. But during our pre-adoption training, the agency offered a birth parent panel. Three women who had placed were at different stages of their journeys –  10 weeks, 1 year, 4 years. We saw real women who did not fit the stereotypes I’d heard of birth mothers. They spanned economic levels, age levels, educational levels, and racial identity. I realized that birth mothers are just people like me, women who deeply love the baby they were able to create (duh!).

It sounds like there are preconceptions that we have before we approach adoption. When you met birth mothers, did you find they were more relatable than you feared they would be?

Yep, they were just real people. I could have come across them in my life and connected with them. Also, hearing them talk about their loss helped me see that I could empathize with them. We had been through loss as well, and, knowing how devastating it is to lose a baby, I would never want to exacerbate a similar loss for somebody else. This helped me be mindful of their hurting hearts. When I was going through infertility, I thought nothing else could be like that loss – and it is hard to compare pain – but I can see now that there is big pain other people have faced, not just my own.

Something you wrote once really stayed with me. It was powerful when you said that processing and releasing our grief can help us avoid mistaking tenderness from within for a wound from without.

Yes – if you’re getting triggered it’s helpful to first discern if your hurt is from a tenderness within or from  a wound inflicted from outside you. The way you deal with the two hurts is vastly different. Be sure the other person is actually trying to poke you before you accuse him/her of poking you. If your wound comes from inside, though, from a tender space you haven’t yet grieved and processed, you’ll only complicate things if you try to resolve externally rather than within.

(Sometimes you DO need to deal with those external to you, but first you need to make this discernment.)

You may read Part 3 on LavenderLuz.com.

Giveaway: Enjoying this three-day interview series? Want even more insight into open adoption? Addison Cooper is giving away three hardback copies of Lori’s book, The Open-Hearted Way to Open Adoption: Helping Your Kids Grow Up Whole (cover price $29.95), one for each day of the interview.

Addison will pick all three winners at random on Saturday, April 11.

Addison Cooper, LCSW, is a licensed clinical social worker and the founder of Adoption at the Movies, where he has reviewed over a hundred films for foster and adoptive families. He has also written for Adoptive Families, Foster Focus, Focus on Adoption, Fostering Families Today, The New Social Worker, and Adoption Today magazines. Addison is a supervising social worker for a foster care/adoption agency, and lives in Southern California. Find him on Facebook and on Twitter @AddisonCooper. 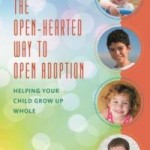 Lori Holden, MA blogs from metro-Denver at LavenderLuz.com. Her book, The Open-Hearted Way to Open Adoption: Helping Your Child Grow Up Whole (written with her daughter’s birth mom), is available through your favorite online bookseller and makes a thoughtful gift for the adoptive families in your life.

Lori is also available to deliver her open adoption workshop to adoption agencies and support groups.