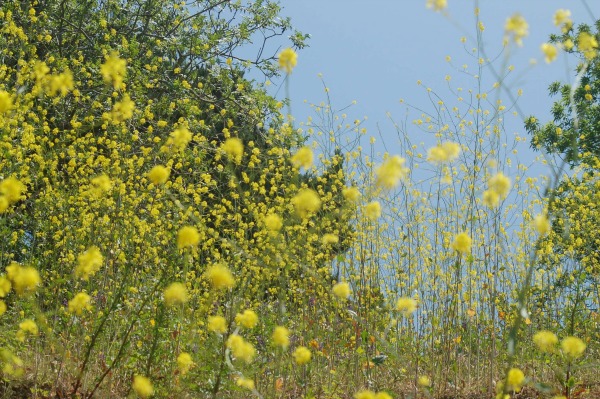 It’s that time of year that I dread: allergy season.

Actually, the ironic thing about fall and spring (when my allergies are at their worst) is they are my favorite seasons. But since I moved to Colorado, I am lambasted twice a year with miserable allergies which almost always lead to a sinus infection. I went to an allergist a few years ago who ascertained I’m allergic to pretty much every grass and weed in Colorado.

As an outdoor lover, this is not a badge I wear proudly.

I’ve done allergy shots but had to stop when our insurance changed and since that time I’ve found very little reprieve. A few years ago, I hit my limit when my daughter was sent home from preschool with pink eye. I figured I would kill two birds with one stone and made an appointment with my general practitioner. Now, let me preface this by disclosing I was in my second month of these mind-numbing allergies. I hadn’t slept in weeks and I was on my third sinus infection.

I arrived early to fill out Haddie’s paperwork and was told upfront by the snippy front desk that they had only booked one of us for an appointment. And the doctor would only see both of us if he had time.

Enter: Nurse Betty. When she came to take Haddie’s vitals, she rudely informed me he would only see Haddie, even though the error was on their part for screwing up the booking. The prospect of living with this misery even one more day was almost more than I could handle. An argument ensued. There was blood. And not the kind triggered by a needle.

When the doctor arrived, I was a snotty, bloody mess. Before he could even open his mouth, I blabbered on about the whole confrontation. If that was not bad enough, next came the very lowest of lows: The Big, Ugly Cry. In front of a man.

Of course, I was horrified but the more I thought of it, the more I spewed big, ugly tears. The same tears that baby Haddie cried when she first watched that demonic purple dinosaur Barney and he started singing, “I love you, you love me” –marking the end of his evil reign.

The doctor consoled me, all the while undoubtedly wondering just how soon I could be admitted into the psych ward. Before long, the office manager came in. You know: that person who only appears to deal with those patients. And then the perkiest, funniest Physician’s Assistant imaginable. It was evident they were bending over backwards to appease me. And so I did what any humiliated, snot-infested woman would do:

I took advantage of them.

Well, more like their medications. In addition to walking outta there with a referral for an allergist, I also casually mentioned a cough that I may-or-may not have had at that juncture but that I knew I would have at the conclusion of my latest sinus infection. My husband Jamie claims I am a cough-syrup addict but anyone who has ever had bronchitis or a serious cough knows that nothing except for the good stuff even comes close to knocking you out. That stuff only the doctor can prescribe.

Or a Physician’s Assistant trying to appease an irate, sleep-deprived, snot-infested woman.

I’ll take it. And you’d better believe I did.

This article was originally published in 2008 and has since been updated.