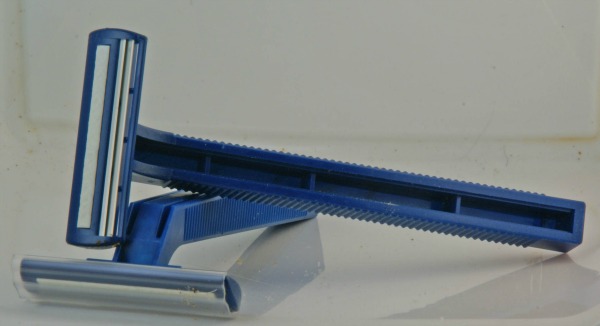 In preparation for having children, I devoured books about how to take care of diaper rash. How to check for signs of dehydration. How to administer CPR on an infant. Once the children arrived and I felt like I’d mastered infancy, I sought out the books that discussed things like “how to raise confident girls” and “self-disciplined children.” Before I knew it, I was needing literature on “how to talk about sex with your adolescent.”

But here’s something that nobody tells you before you bring children into this world. It helps to learn “how to be fast on your feet.” And I don’t mean when working the dance floor. It doesn’t matter if I’m dealing with a child, a customer, or that rude lady waiting behind me at the checkout counter, I’m always three days late with a quick answer that puts a stop to the conversation that needs to be stopped. And, 99 percent of the time, three days is just too long. I have yet to meet the person who appreciates the phone call that starts with, “And this is what I MEANT to say to you three days ago!”

My ten-year-old daughter came home from school last week and asked me if it would be OK for her to start shaving her legs. I simply said NO. And maybe that should have been the end of it. But when she asked why, it would have been nice if I had prepared a succinct answer that went,”Because *fill in the blank here with a great parable, metaphor, or analogy* The End. “But I wasn’t ready. In my defense, I didn’t think the shaving question was going to happen for, like, another three YEARS. And so, like so many other times, she caught me unaware and the best answer I could come up with was, “Because I said so.”

Don’t get me wrong. I think “Because I said so” is an EXCELLENT answer sometimes. Like when she looks over at me and goes, “Aww, come on. Why do I have to put it back on Oprah?” “Hmmm…. Let me think here a minute. Because I said so!” But the shaving thing. This was kind of important. I felt like she deserved a better answer.

So I gave it the usual three days and here’s what I came up with — There isn’t a PRACTICAL reason why it is a good idea. But there are several IMPRACTICAL reasons why it’s a bad one. Sure, her ten-year-old legs would look less hairy. But, practically speaking, there’s nothing WRONG with the hair being there. There is no medical reason for the hair to be gone. There is no school that she’s trying to get into which requires hairless legs. I haven’t come across any new studies that say shaving legs increases intelligence or improves soccer skills in young girls. From what I can tell, it doesn’t do anything for compassion or world peace, either.

ON THE OTHER HAND, having a ten-year-old shave will cost me more money in razors and band-aids, neither of which is cheap. It will also increase shower time, thereby making my water bill slightly higher. Not to mention all the complaining of her new scabs and scars that I’ll have to put up with in the process. But what REALLY clenched the deal was letting her run her hand across the length of my leg. I hadn’t shaved my legs in the three days it took for me to think on this whole shaving thing. “And this here? This is what happens when you get lazy about shaving,” I said. You would have thought she’d just been forced to pet the back of a cootie-infested porcupine by the way she recoiled.

I haven’t heard another word about it since. Still, it would have been nice if I’d had an answer readily prepared in the beginning. I suppose this means I’ve got to start thinking on my answers for why she can’t date or drive or pluck her eyebrows yet.

Several of her classmates are donning smooth legs already. Call me crazy, but I think you need to bring in a steady paycheck to start shaving. So what’s the general consensus out there on girls and shaving? Am I being too harsh?